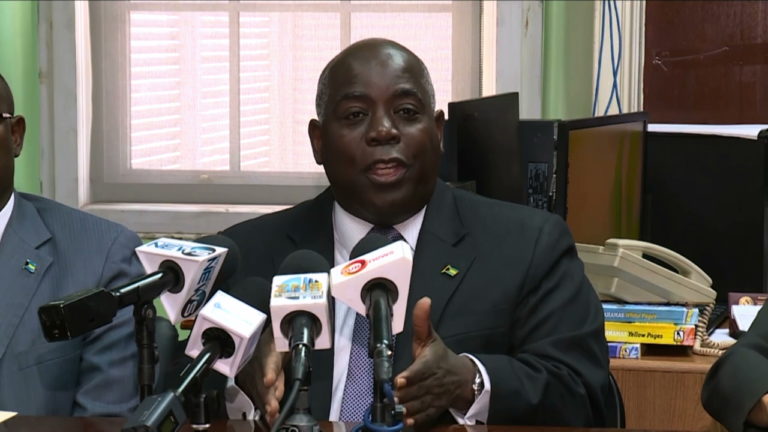 PLP says govt. has no plan for Grand Bahama

The Minnis administration’s decision to purchase the Grand Lucaya Hotel on Grand Bahama came under fire yesterday as the opposition questioned where the government expected to get the money to buy since boasting empty coffers.

“We make the point that buying the property is one thing,” said Leader of the Progressive Liberal Party (PLP) Philip Davis in a statement released to media yesterday.

However, buying will not be sufficient. Who is going to renovate it and pay for those renovations?  Is the owner willing to sell or will it be a compulsory purchase?  Who will operate and manage it?”

According to Davis, the government has no tangible plan to fix Grand Bahama.

“Grand Bahama rewarded them with five seats, and there are three Ministers of the Government from Grand Bahama, yet 15 months into this pitiful administration, they have no solutions to the problems there,” he said.

“Now we are told by the Prime Minister, whose main propaganda line, has been that the country is broke and has no money that he intends to buy Grand Lucayan if no deal can be settled with a private developer.  What a pity, the Prime Minister and his colleagues did not move with alacrity to settle the deal based on the Memorandum of Understanding which the PLP left in place when we demitted office.  Had they done so, instead of ducking and dodging the investor for months and refusing to meet, perhaps the matter would have been well on its way now.

“The Hotel Corporation is a vehicle left in place by the PLP to manage these kinds of difficult projects.  The FNM does not have to invent the wheel. We say fix Grand Bahama. If you need help, the PLP can show you the was.

Back in June, the government allocated $25 million in the upcoming fiscal budget to assist with the sale and opening of the Our Lucaya Resort in Freeport Grand Bahama.