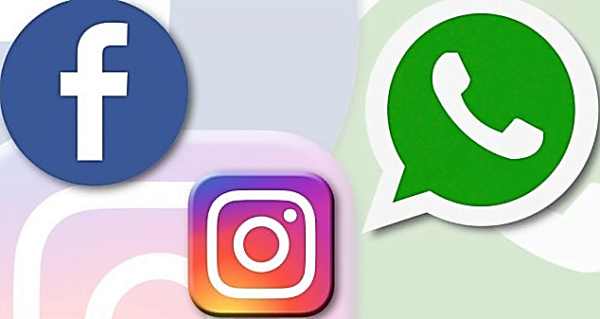 ALIV, BTC says they are not responsible for glitches

NASSAU, BAHAMAS – Social media users in The Bahamas and much of the globe reported experiencing challenges sending and receiving voicenote messages, photos and videos today on platforms, including Facebook, WhatsApp and Instagram.

Facebook, which owns all three applications — Instagram and WhatsApp — said it was “working to get things back to normal as quickly as possible”.

The company said, “We’re aware that some people are having trouble uploading or sending images, videos and other files on our apps.

“We’re sorry for the trouble and are working to get things back to normal as quickly as possible.”

The hashtags #instagramdown, #facebookdown and #whatsappdown began trending on social media platforms such as Twitter which was unaffected by the problem with its competitors.

In a statement, telecommunications company ALIV said the issues was not as a result of its network.

“Please be advised that WhatsApp International is experiencing issues with their software, subscribers are having difficulties downloading media, including pictures and voicenotes,” read the statement.

“This is not an ALIV network issue, but an issue WhatsApp.

“We will continue to monitor.

“Apologies for any inconvenience caused.”

The Bahamas Telecommunications Company made a similar statement.

“To our customers, WhatsApp has been experiencing issues since 9:58 a.m.

“The issue is specifically affecting media uploads and downloads, but may also affect regular text message within the application.

“Please note that any issues you may be experiencing with the application is not because of the BTC LTE network.

On its Twitter page, Instagram wrote: “We’re sorry for the trouble and are working to get things back to normal as quickly as possible”.

Ashley Adderley, a New Providence resident, wrote: “Can I post yet? #facebookdown”.

Meanwhile, Facebook user Terri Ranea said, “Y’all needs to get it together”.

There were reports that the Facebook Messenger application, which often has to be installed separately on cell phones was also impacted yesterday.

WhatsApp status, launched in 2017, replicates Instagram and Facebook stories, allowing users to put photos and/or videos on their profile that are removed after 24 hours.

It is unclear if yesterday’s glitches were connected to the status update.