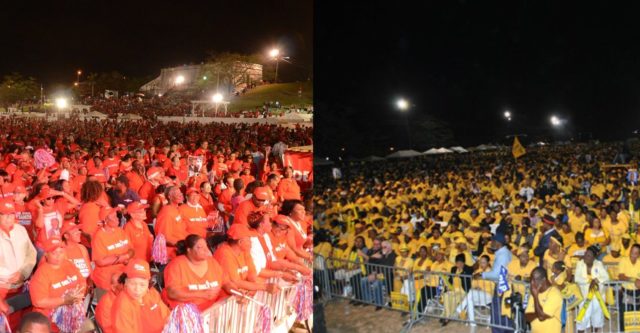 NASSAU, BAHAMAS — Amid rumors of an early election, some residents said they are straying away from voting for a political party rather than a candidate, as they feel the running political parties are no different from each other.

Otiska Tarpley, who recently moved to Nassau from Freeport, told Eyewitness News: “It’s the same party; they just switch positions. So, when you’re in the opposition, you just take the job of opposing and you oppose whatever the sitting government is.”

Another resident, who did not wish to be named, said: “I think a lot of parties come in making all kinds of promises and then when they are in they don’t deliver.”

He said he’s hoping for the next elected government “to bring to the table honesty, transparency and to make sure that they persons’ needs [come] first”.

That opinion was shared with other residents, who agreed there is improvement to be made in the Free National Movement (FNM) party and who hope a change will come in the upcoming election.

The last general election was on May 10, 2017. According to the Parliamentary Registration Department, there was a total of 181,543 registered voters and 160,407 votes cast. Voter turnout was 83.36 percent.

The FNM has gone through a series of changes in its political party and members since being elected in 2017.

But residents acknowledged the current government has faced some difficulties due to Hurricane Dorian and COVID-19.

In regards to the pandemic residents are aware that the current government has faced some difficulties.

Marathon resident Giovanni Wilkinson said he would give the Minnis administration’s efforts a “B” grade.

“You know what? It’s a pandemic; it’s the first time anyone has had a pandemic globally,” he said.

“Everything is trial and error. A Lot of times, people are actually figuring out a lot of stuff.”