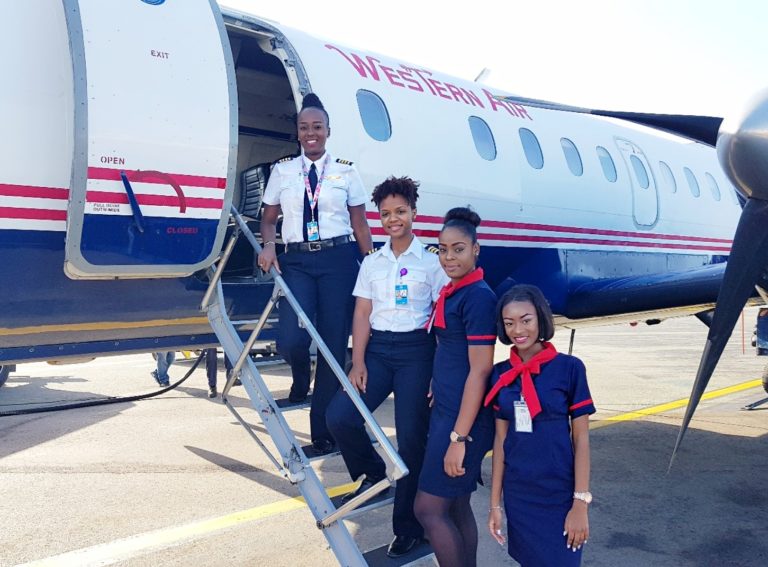 Western Air signed an agreement with Embraer to acquire four Embraer ERJ 145 LR jets, two of which are presently in The Bahamas.

These aircrafts have the ability to fly internationally to destinations up to 1500 nautical miles away.

The 145 Jets will allow Western Air to expand to multiple destinations in the Caribbean and Latin America, including Santo Domingo, Cuba, Haiti, Jamaica and Panama, as well as northern destinations such as Toronto, Canada.

While international destinations are on the horizon, the airline also plans on providing daily jet service between Nassau and Grand Bahama, Marsh Harbor and Exuma.

Western Air will use its current Saab 340A fleet to add flight service into New Bight, Cat Island and Treasure Cay, Abaco.

Embraer has worked closely with Western Air providing additional pilot support and aircraft technical representatives on site in The Bahamas who will remain in the country as the airline transitions into the 145 jet aircrafts.

Western Air becomes the first airline in The Bahamas and the Caribbean region to operate the ERJ 145 jets.

The airline made a significant investment into its long-standing personnel.

Western Air’s Captains and First Officers were sent to Flight Safety International in St. Louis, Missouri where they successfully completed their ERJ 145 jet training and went on to do additional flight training with Embraer Support Captains.

The certification was led by the Manager of the Safety Oversight Department, Julia Braithwaite- Rolle and the Certification Coordinator and Chief Inspector Donald Barrett. Western Air and BCAA are to sign official documentation on Tuesday, November 20, 2018.

Western Air will launch jet service between Nassau and Freeport Thursday, November 22, 2018. Start dates for other destinations will be announced in the coming days.