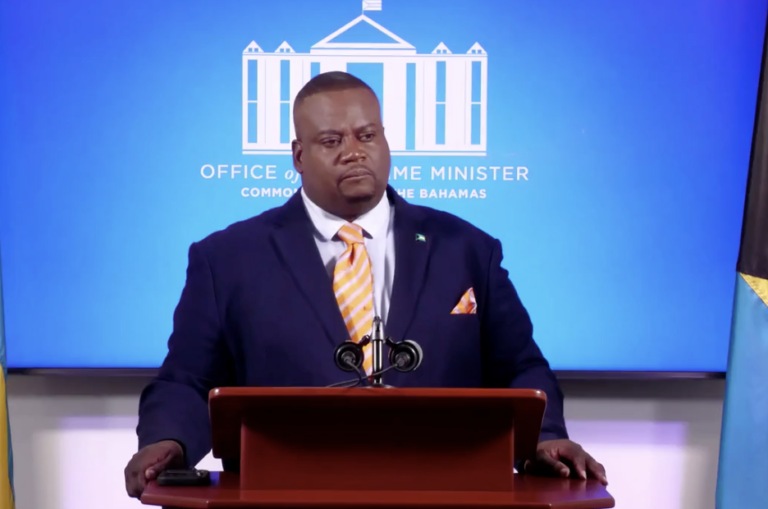 NASSAU, BAHAMAS — Press Secretary Clint Watson yesterday issued a public apology to the people of Abaco and Grand Bahama for the manner in which the announcement regarding the proposed week-long Hurricane Dorian memorial was delivered, stating that it is not the desire of the Davis administration to cause any more pain to the those impacted by the tragedy.

The government has received criticism over the week-long Hurricane Dorian memorial from Friday, August 26th to Sunday, September 4th, particularly regarding a national concert to be held at Baha Mar that will feature American gospel singer, Cece Winans, who will be headlining the event.

Watson spoke during a weekly press briefing at the Office of the Prime Minister yesterday.

“Last week we communicated a portion of the  message for Dorian Week and I think for so many residents on Abaco and Grand Bahama it created a great offense,” he said.

“I wanted to clarify and firstly simply apologize to the people of Abaco and Grand Bahama for the manner in which the announcement was delivered and the fact that there was no conclusion of the entire week. The people of Grand Bahama and Abaco have suffered greatly and still suffer They still have challenges dealing with Dorian and sometimes we forget about it because we are not there and are not directly impacted by it. It is not this administration’s desire to cause any more pain and suffering that any resident who has gone through Dorian.”

He added: “We wanted to give a full outline of the week so that people can see the importance of participating. It was the worst tragedy this country has seen and that’s why its important to remember September 3rd for Grand Bahama and September 1st for Abaco.”

On Friday, August 26th,  there will be a weather symposium on Abaco. On Tuesday, August 30th, local talk shows will be asked to focus on Dorian and mental health. On Wednesday, August 31st there will be an official update from the Disaster Reconstruction Authority (DRA) on repairs that will be rolled out.  On that day the documentary Dorian: The Courage to Rebuild will also be released. A Remembrance Day, when flags will be flown at half-mast, will be held on Thursday, September 1st. There will be an Abaco memorial service and wreath laying ceremony as well as a memorial concert series at Baha Mar.  The series will continue on Grand Bahama on Friday, September 2nd, and on Abaco on Saturday, September 3rd. The week will conclude with a memorial service and wreath laying ceremony on Grand Bahama on Sunday, September 4th.

The storm is long over. These people are dead and gone. There are more productive thing that can be done with the time, money and effort. Just move on.