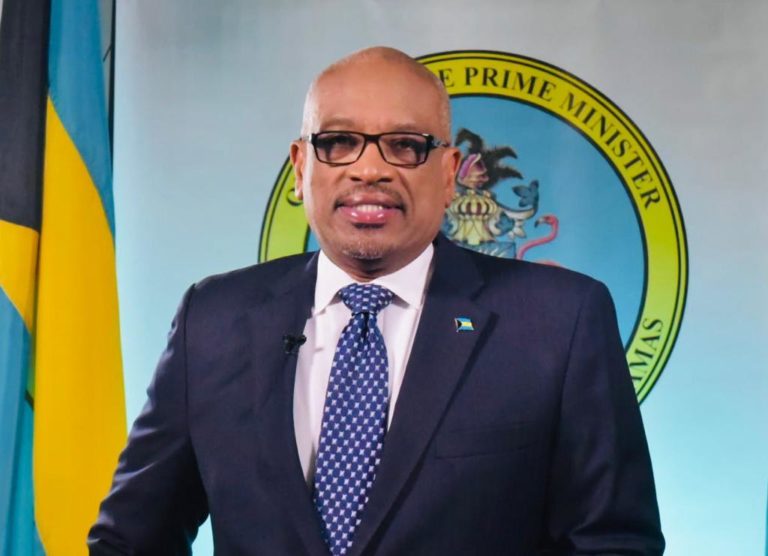 NASSAU, BAHAMAS — Prime Minister Dr Hubert Minnis assured yesterday that The Bahamas has not fallen behind other countries in the region that have rolled out vaccination programs in the last few weeks and already vaccinated thousands of citizens.

“We are not falling behind,” Minnis told Eyewitness News.

“We are doing very well in terms of maintaining minimally affected COVID status.

“Most of our Family Islands are negative COVID, zero.

“And we are not falling behind. Our vaccines will be arriving tomorrow and, as I’ve said in my [mid-year budget] address, we have others coming on, following very soon.

“All we need is The Bahamas to stay following the protocols, and [when] the vaccine kicks in, we would be in good stead.”

The Bahamas is expected to receive 20,000 donated vaccine doses from India today, with another 33,600 doses of AstraZeneca through the COVAX Facility before the end of March.

The donated doses were expected to arrive on Sunday, but were delayed due to “logistical issues”, the prime minister advised during a national address on Sunday.

The Bahamas is expected to secure more than 100,000 doses through the COVAX facility, which the nation has made a down payment of $250,000 for.

The government has maintained vaccination will be voluntary.

A number of eastern Caribbean countries received vaccines from February 15 through March 1 and have long begun rollout out of their inoculation programs.

In a letter to each minister of health, the COVAX Facility advised vaccines will be delivered effective mid to late February, with 357,600 doses of AstraZeneca ‘AZD1222 vaccine’ to Barbados, Antigua and Barbuda, Dominica, Grenada, St Kitts and Nevis, St Lucia and St Vincent and the Grenadines.

As of January 31, Barbados and several eastern Caribbean countries that signed agreements with the COVAX Facility were informed of the indicative allocation of COVID-19 vaccines, based on estimated availability from manufacturers.

The country began vaccinating frontline workers eight days later, and as of Saturday had vaccinated 3,576 people with their first dose.

Meanwhile, Barbados, one of the first independent countries in the Caribbean to roll out its vaccination program, received 100,000 doses of AstraZeneca through a donation from the government of India, in addition to its tranche of vaccine doses through the COVAX Facility.

It began vaccinating citizens in high-risk groups on February 10.

Of the 100,000 doses donated to Barbados, 2,000 doses were shared with Trinidad and Tobago, which has a population of around 1.3 million.

As of Saturday, St Lucia had vaccinated 4,883 people, according to its Ministry of Health.

It rolled out its vaccine program on February 22, targeting priority groups including healthcare workers, frontlines workers including officers and those with comorbid conditions.

While The Bahamas was expected to roll out its vaccination program to a cross-section of sectors, including the armed forces and essential workers, the prime minister has said the vaccine will be offered to healthcare workers in the public and private sector, residents and staff of elder care homes and non-ambulatory residents registered in the public health system.

Bahamas is behind. Keep trying to get on board with vaccine but what’s the point if they have no vaccine available. The appointment system is not even operational… this should have been set up and tested months ago. The committee set up to set priority groups… PM said in address he will modify when the first shipment comes in. So effectively all the work the committee did is wasted???