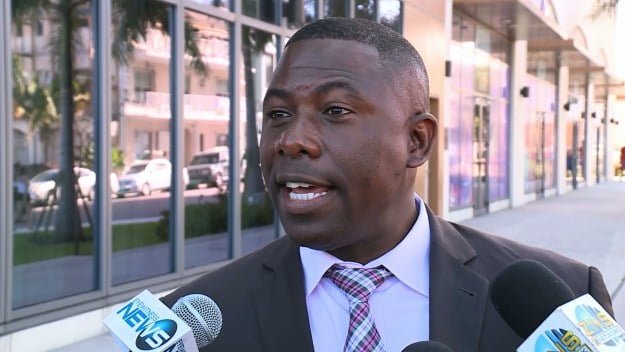 NASSAU, BAHAMAS — Following months of criticisms over the government’s agreement to lease the Town Centre Mall — owned by former Cabinet minister Brent Symonette and his brother — for the relocation of the General Post Office, Minister of Transport and Local Government Renward Wells yesterday sought to quash the controversial issue that continues to be spark public debate.

Addressing the media outside the Churchill Building, the minister said he has spoken to the matter repeatedly and does not plan to address it anymore.

Symonette made a similar statement recently.

“Transparency was given to the Bahamian people. It was debated, reports were laid, people had their say and there was a vote.

“But yet still, we’ve come back in this error to try to adjudicate something that was already adjudicated in the highest court of Parliament.”

There were widespread concerns raised over the lease agreement when Wells announced last October that the government was no longer considering the Phil’s Food Services building as it discovered structural defects and extensive renovations needed would require massive capital expenditure.

During debate in the House on the resolution to move the General Post Office to the Town Centre Mall, Shadow Minister for Transport Glenny Hanna-Martin, the Englerston MP, tabled an engineering report prepared by McACE Technical Services Ltd. that an investigation of the Phil’s Food Services building had no structural concerns.

Despite the report’s findings, Wells said the damage to the building was extensive.

“We said that it was about structural and other technical issues,” he said.

“I spoke to all of the technical issues on the second-floor mezzanine that was inside the Phil’s building; completely gone.

“This not something that we hid. We spoke to this in the House of Assembly — ain’t nothing new there.”

The opposition is considering seeking a judicial review of the resolution.

The minister maintained yesterday that the Town Centre Mall was the best location for the General Post Office and asserted that the opposition once believed the same.

Wells said the opposition believed the Town Centre Mall was the right place for the relocation of the post office, but did not commit to it as a result of politics.

“No, they went right across the road in the Independence shopping center, so everybody agrees it’s the right place according to their own reports.

“So, at the end of the day, what are we debating?”

He added, “No one disagrees that the post office is in the right place.”