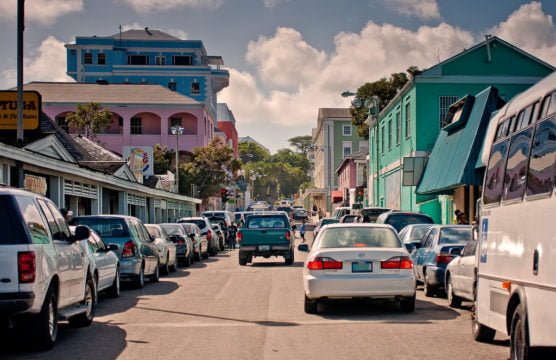 NASSAU, BAHAMAS – The Road Traffic (Amendment) Regulation, 2019, which was recently passed in the House of Assembly last month will take effect and become law before the end of June, according to Minister of Transport Renward Wells.

“This amendment will prevent road users from using electronic devices while driving, driving with open alcoholic beverages and producing their driver’s license when requested to do so,” said Wells, while making his contribution to the 2019/2020 Budget Debate in the House of Assembly on Monday.

The provisions of the amended Bill also make it an offence if a driver fails to produce his or her name and address; the name and address of the owner of the vehicle or certificate of insurance relating to that vehicle.

A driver would also be required to pay all outstanding traffic offense-related fines before he or she can be granted a driver’s license of a public service driver’s license, according to the amended Bill.

The Road Traffic (Amendment) Regulation, 2019, would also allow motorists to take a left turn on a red light. A driver turning left on a red signal must give way to pedestrians; and vehicles “approaching from the lane of traffic having the right of way under a green signal to enter the road the driver is entering.”

Yesterday, Wells said the Road Traffic (Amendment) Regulation, 2019is “just the beginning” as the government will introduce stiffer penalties for reckless and careless driving, especially when it results in death.

“There are too many cases of killing in the course of dangerous driving. In most cases, the offenders have been fined $10,000. We must look in the mirror and ask ourselves if the punishment fits the offense. We intend to work closely with the Royal Bahamas Police Force to vigorously enforce all traffic laws. I wish to assure  the general public that if you do not obey the laws, you will surely pay,” Wells said.

The transport minister noted that the government has decided to bring “incremental” change to the Road Traffic Act as opposed to implementing full-scale changes.

“My ministry is reviewing the current Act as well as a bill that has existed in my ministry for several years. This review is meant to reduce the Bill from its present form which is cumbersome and requires more clarity in some areas so that it is properly understood by those who will have carriage of its administration,” Wells said.