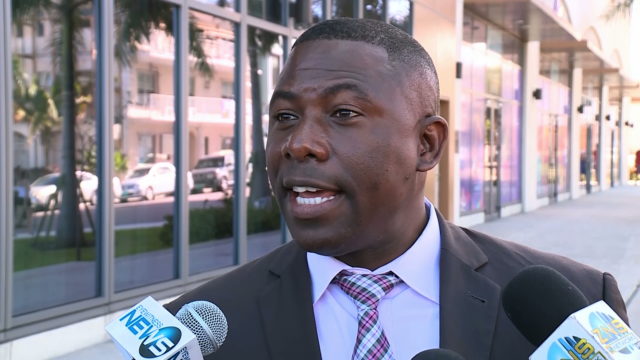 NASSAU, BAHAMAS – Minister of Transport Renward Wells promised jet-ski operators at a town meeting on Monday night that police officers will increase patrols on New Providence beaches to ensure that operators and tourists are safe.

The move comes on the heels of a United States travel advisory that was issued back in February 2019, where the operations of local jet ski operators were highlighted.

“We are looking to make sure our beaches have sufficient man power, or in other words, police presence,” Wells told the operators in his first meeting with them since taking on the post of minister.

Port officers, also how we get jet-skis for the Port Authority.

Wells continued, “We are looking at how we can fix the rotational system [for jet-ski operators], so we have a definite plan as to how we can see those changes.”

At Monday’s town meeting, many jet-ski operators agreed with the ideas that Wells offered and some even suggested that there be cameras placed around the proposed towers.

Many of the operators also expressed that they did not want to have any more ‘back and forth’ as it relates to incidents on the beach.

And while many operators offered suggestions, many also expressed their concerns.

“You’ll see that a whole lot of persons didn’t go through vetting, who can just go up to the beach and make $100. Why? Because certain parts of the government agencies have control of them,” one jet-ski operator claimed. “I know you all don’t have control of the beach yet, but we taking it back tonight, and I’m glad of that.”

“I’ve been for the past seven years waiting for the situation at Baha Mar to get sorted out.

‘We were supposed to be dispatched to another beach by the Port Authority. I have four licenses for Baha Mar beach, I have a family to feed, I have grandchildren, I would like for the minister to take this opportunity to deal with that issue.”