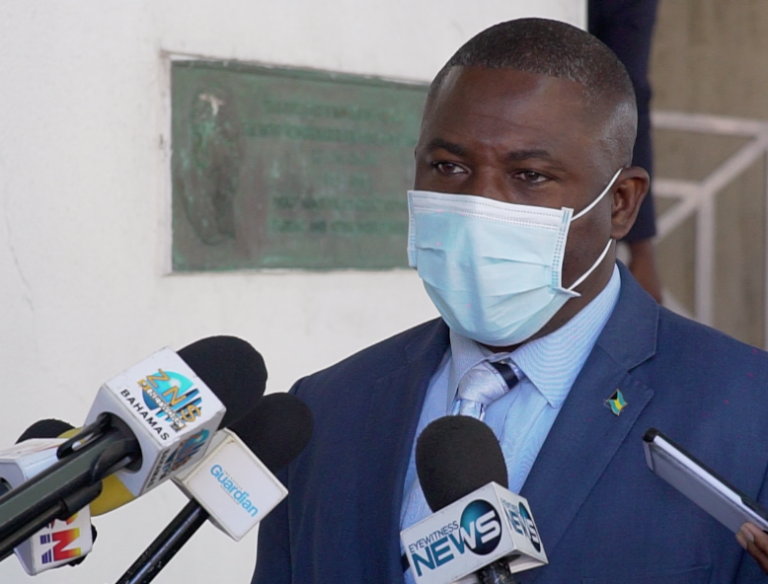 NASSAU, BAHAMAS — Health care workers who were promised an honorarium for working on the frontlines throughout the coronavirus pandemic are expected to be paid by the end of July, Health Minister Renward Wells advised yesterday.

Responding to questions from the media regarding the matter, Wells said the government does intend to honor that commitment made during the early days of the pandemic.

He explained that the government will pay out some $600,000 to 150 individuals by the end of the month for those who worked directly with COVID during the first wave of cases.

“We’ve since had a second wave and the thinking was we’ve had very dedicated hardworking healthcare workers throughout this entire course and so all of those who would have worked and have been exposed to COVID in the environment that the government will seek to give them something,” he said.

He added that the government has allocated some $3 million in the budget for the initiative.

The health minister explained that consideration is being given to paying out everyone in July because “if you pay some and you tell others you will pay them it becomes a problem”.

The Bahamas has been in a state of emergency since March 17, 2020 — just days after the country recorded its first case of the virus.

During the second wave of cases, which shot up days after the country reopened its borders on July 1, healthcare workers expressed grave concern over the capacity of healthcare institutions.

Workers sounded the alarm over the overcrowding of patients in Accident and Emergency at Princess Margaret Hospital in New Providence and the Rand Memorial Hospital in Grand Bahama.

Regular emergency patients and the suspected COVID-19 patient population were being intermingled, as healthcare workers seek to provide care to all patients.

While cases began to decrease at the end of December, health officials signaled the third wave of COVID cases in the country in April.

Health officials confirmed three new cases of COVID-19 on Sunday, taking the number of cases in the country to 12,027, of which 631 remain active.

The number of COVID deaths now stands at 232, with 28 still under investigation.

The health minister also advised yesterday that the government will honor its commitment to give $100,000 to the family of every individual in the healthcare sector who died in the course of treating COVID patients.

“We had four individuals who were a part of the government’s healthcare system who succumbed to COVID in the court of their duties,” he said.

“For those four individuals, the government is in the process of paying that 400,000 directly to the families who are deserving of it, their dependents, or legal heirs to their estates”.

Sounds like trying to buy votes for the next election.