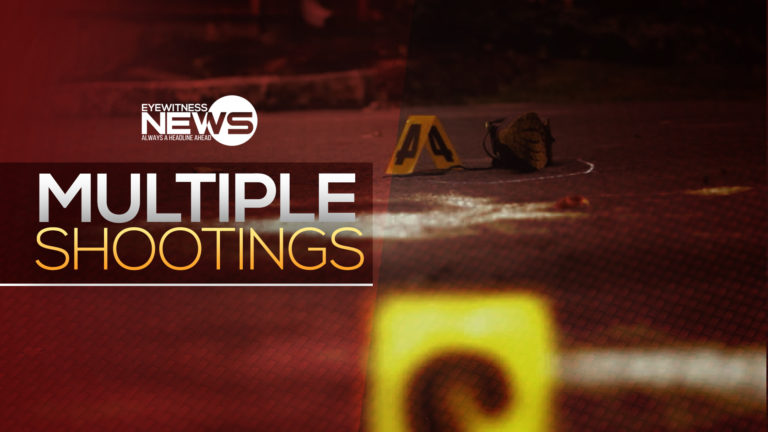 NASSAU, BAHAMAS – It was a weekend bloodbath in New Providence as authorities found themselves investigating four separate murders which unfolded within the span of less than 48 hours.

When Eyewitness News Online arrived on the scene, the shanty town – which sits off the main Cowpen Road through a winding dirt road, was in total darkness save for one hanging lightbulb on a single wooden structure.

Police officers managed to comb the crime scene with flashlights, while concerned residents crowded the outskirts in surrounding bushes.

“Once officers arrived on the scene, they met two victims. One who was shot to the lower body. Emergency Medical Services (EMS) took him to hospital where he is now undergoing medical attention. The second male victim was shot multiple times and he succumbed on the scene,” Solomon Cash, Chief Superintendent and head of the Central Detective Unit (CDU) said.

Chief Supt. Cash said authorities believe that armed robbery may have been the motive.

While the shanty town is primarily populated by Haitians who speak predominantly Creole, Chief Supt. Cash said officers were successful in their efforts to communicate with residents for information about what unfolded.

“We haven’t had any challenges in this area in terms of communicating with persons that live in this area,” Chief Supt. Cash, said.

“As a matter of fact, we have already identified several persons that we suspect to be relatives so we will speak to them further to see if they can help us advance this investigation.”

A little over 24 hours later, police were called to the second murder scene.

Authorities confirm that shortly after 9:00 a.m. Sunday, officers responded to a shooting incident in the area of Washington Street and Balfour Avenue.

“Shortly after 9 police responded to reports of gunshots in this area. We found that a male was shot multiple times. EMS were called in and transported the victim to hospital. About a half-hour later he succumbed to those injuries,” Chief Supt. Cash confirmed.

While officers were busy investigating the early morning shooting which unfolded Saturday morning and the Sunday morning incident, authorities were called to a third murder scene; this time on Miami Street off Robinson Road.

“The only information we have at this time is that the male was standing at this establishment, a lone gunman approached him and opened fire. He was shot multiple times and succumbed to his injuries on the scene.”

Less than 12 hours later, police responded to reports of another fatal shooting at Potter’s Cay Dock.

Supt. Knowles shared that the deceased was gunned down in front of the local eatery by a lone gunman who escaped the scene on foot.

Eyewitnesses in the area told Eyewitness News Online that the gunman, who was clad in a hoodie, fired three fatal shots at the victim.

Supt. Knowles was unable to confirm whether the four killings were connected.

The four weekend murders pushed the country’s murder count closer to statistics recorded around this same time in 2018, according to Eyewitness News Online records.

In 2018 police reported 13 murders at this same time last year.

The current murder count is just three digits shy of that number.

Despite a double murder recorded one week ago, and four murders recorded over the weekend, authorities told Eyewitness News Online that police still have a tight grip on crime.

“I still feel that police have crime under control. Of course, instances happen like this, and its isolated as you can see here tonight. So, we look at this as an isolated incident but we continue to strategize how we will continue to suppress the crime situation in New Providence specifically,” he said.

Authorities have appealed to members of the public who may have any information in regards to the three separate murder incidents, to contact them anonymously at 911, 919 or Crime Stoppers at 328-TIPS.