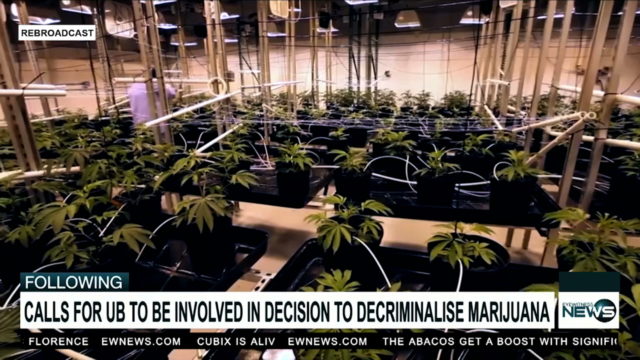 Jamaican scientist Dr. Henry Lowe, who led the charge for the decriminalization of marijuana in Jamaica, is calling on the government to utilize the University of The Bahamas (UB) to advance the decision-making process.

This as the government seeks to establish a local committee responsible for public education to decide if the government should follow the recommendations of the Caribbean Community (CARICOM) and decriminalize the drug.

In a recent interview with Eyewitness News, Dr. Lowe said if The Bahamas is serious, then the government must use all of its available resources and further invest in the university to take full advantage of the new global opportunity.

“It makes good sense to get the university involved,” Dr. Lowe said.

“Without your university involved and affiliation could be questioned your credibility could be questioned. They don’t have to start from scratch because there is a wealth of data and research out there. They would only have to reformulate, localize the information and go from there.”

Back in August Prime Minister Dr. Hubert Minnis, revealed that the government had approved amedical marijuana committee, although the names of the individuals have not been announced. He added that Bishop Simon Hall, who served on CARICOM’s committee, would be intricately involved.

At the time Dr. Minnis also said that UB, The Bahamas Chamber of Commerce, and other entities would be engaged. It is expected Dr. Minnis said, for them to host town meetings and focus groups on the topical issue.

During Caricom’s town meeting in New Providence earlier this year, many that attended touted its economic and medicinal benefits.

Selected committee members were to receive letters of invitation, however, there has been no word from the government as yet on who will serve on that committee.

Bahamian Dr. Derek Pinder, who has partnered with Dr. Lowe,  said that The Bahamas has a long history of using “bush medicine” to cure ailments. The exploration of marijuana he said, should be no different.

He called on the government to consider those with a wealth of knowledge in this area to serve on the committee as well.

“The most brilliant people in the Bahamas are those who have been doing this here for years,” Dr. Pinder said.

“We have people who can identify plants for aliments… these are the people we need to call on when doing this research. We are not reinventing the wheel but simply advancing it.”