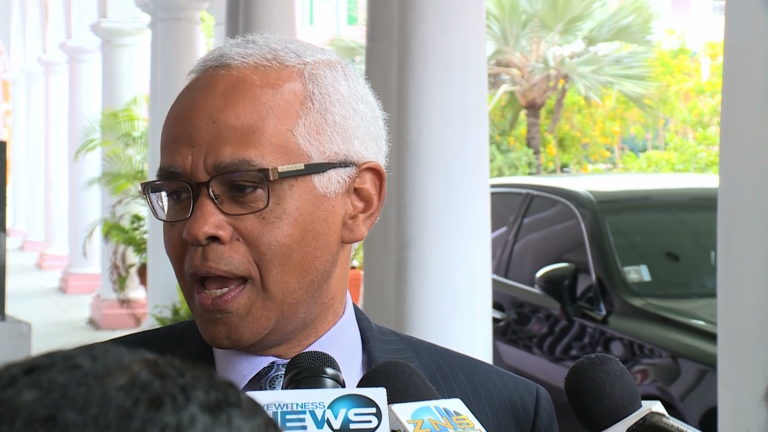 Aviation Minister Dionisio D’aguilar was unable to conclusively answer questions fielded by reporters Tuesday as to whether or not all airports in The Bahamas have functioning lights to accommodate regular, or emergency, night-time landings.

The questions came in the wake of public outrage following rumours which suggested that the fate of Captain Byron Ferguson and his Piper Aztec plane, which went down in waters off the tip of western New Providence November 9, could have possibly had different results if all Family Island airports had functioning 24/7 airstrip lights.

It has been suggested that he was unable to land his malfunctioning aircraft at any of these airports because the lights had already been turned off for the night.

In addressing those concerns D’aguilar said, “I believe that Family Island airports are equipped with emergency lighting.”

“There are 28 airports [in the country] so forgive me if I don’t know if every single one of them has lights and if those lights are working.

“I remember being informed by my predecessor had emergency lighting. I think all of them have been equipped; whether they are all 100 per cent working, I will have to get a report on that.”

He revealed that in the event that there is an emergency where a distressed aircraft needs to land at a Family Island airport, pilots are supposed to contact Air Traffic Control (ATC) in New Providence.

“They contact ATC, and then ATC reaches out to that particular airport; and some airports there is obviously no one there so they have to call someone to get in their car to go down there and turn on the lights,” he revealed.

He was quick to note that the government has no plans to change this practice.

“Obviously, there are a lot of remote airports and to equip and staff these airports 24/7 is a significant cost,” he noted.

“I do not want to belittle this situation, but I am sure that this problem arises so infrequently that there is a cost that we need to take into consideration. There are many airports in The Bahamas and it’s a very expensive proposition so, right now we are going to maintain the status quo.”

Tuesday marked four days of search efforts to locate Ferguson and his plane.

Authorities provided no new details on their search and recovery efforts up to press time Wednesday.