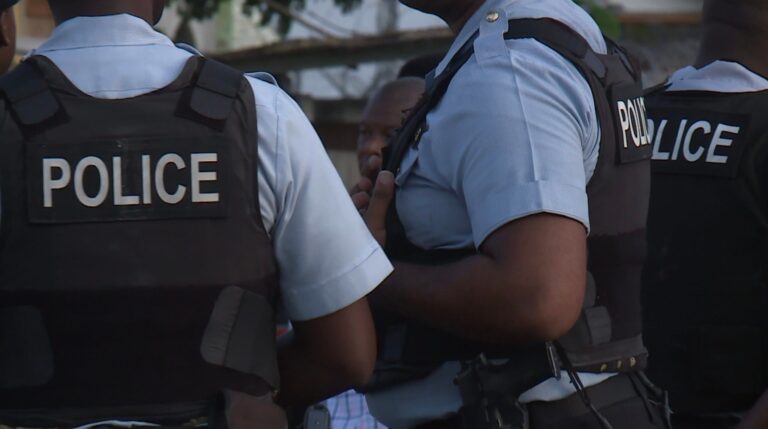 NASSAU, BAHAMAS — Retired Assistant Commissioner of Police Leon Bethel says the Ministry of National Security was responsible for the process by which people who were on a previous electronic monitoring system were transitioned to the new system that his company operates.

Forty-one-year-old Rebecca Hepburn told Eyewitness News this week that an ankle monitor she received after being convicted of attempted murder in December 2020 has not been removed from her foot despite the fact that she has paid her dues.

EWN understands that following its television report on the woman’s matter, her device was removed yesterday.

Hepburn had said she was given the run around for months as she tried to get the monitor removed. She said she remains unemployed, suggesting the device is hindering her ability to get hired.

Asked about the matter yesterday, Bethel said his company was not aware of the woman’s issues.

“We acted under the supervision of the Ministry of National Security,” he said.

“They facilitated the transfer by allowing the incumbent to provide the participants of the programme to appear at BDOC and allowed us to be there at the same time.

“They communicated with the participants, they made them available and once we were there we replaced their monitoring device with ours.

“The system worked quite smoothly, quite well, there was no issue. We only dealt with the persons we were told were on the system. The incumbent provided the list to the ministry, the ministry coordinated the transfer and then we took over based on who was presented to us.

Bethel said the transition between systems happened in December after his company, Metro Security Solutions, was given the monitoring contract.

Previously, Migrafill Security Group held the contract and ICS Security Bahamas had it before them.

Bethel could not say how many people were transitioned in December, noting there was overlap between that group and those who were being added to the system for the first time.

He declined to offer a view on whether there could be other people with devices who were not transitioned and are not being monitored.

“We heard about that woman,” he said. “She’s not on our system. Once we got information, we directed the person who were inquiring on her behalf to communicate with the Ministry of National Security but we had no communication with her. We checked and found out she was not on our system notwithstanding it was being said she was being electronically monitored.”