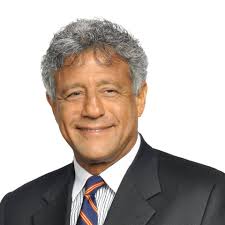 The presentation by Rights Bahamas (RB) and Robert F Kennedy Human Rights to the Inter-American Commission on Human Rights (Commission) in Jamaica on May 12 was unfortunately not reported in context by the local media except for The Tribune, the only organisation that bothered to send a journalist to this important international hearing and cover what actually happened.

Reporting by other media houses was based on selective extraction of content from the government’s presentation and the Commissioner’s comments. This resulted in an erroneous perception the RB presented a malicious, untrue and damaging report about the conditions of migrants in The Bahamas for the purpose of intentionally harming the country’s international reputation. Nothing could be further from the truth. In fact the very opposite occurred.

RB was allotted 15 minutes and within that time, Stephanie St Fleur, President; Louby Georges, International Affairs Director; and Dawrin Thompson, Education Committee Chairman presented. They spoke against the backdrop of a video showing a half naked woman being abused by Immigration officers, as well as a series of photographs showing migrants and their treatment in The Bahamas. RB Vice President Joseph Darville and Legal Director Fred Smith were part of the delegation, but were not slated to present.

The government’s presentation, by Minister of Legal Affairs Elsworth Johnson, was not a response to RB as was called for, but rather a litany of defences for anticipated attacks by RB and technical objections to the jurisdiction of the Commission.

In addition, Minister Johnson presented to the Commission and repeatedly referred to a booklet entitled Know Your Rights, printed 18 months ago by RB. He complained the booklet misrepresented the facts, as some of the photos were not taken in The Bahamas.

This is misleading. The booklet was not intended, nor does it claim to be a historical record of incidents that occurred in The Bahamas. It is a compendium in Spanish, Creole and English, in which people’s rights are explained with photos dramatising events. The booklet contains photographs from The Bahamas, South Africa, the United States and elsewhere which are for illustrative purposes regarding whichever relevant “right” is being explained in each instance.

RB stands by the booklet and its contents. But we emphasise for the record that the booklet was presented by the government to the Commission, NOT by RB. For their part, the Commissioners seemed not at all moved by the repeated references to the photos, and they did not question RB about any aspect of its presentation or conduct in general, as they did the government. Minister Johnson took no issue with the video and photos in the RB power point presentation.

After the government’s presentation, various Commissioners expressed views on a number of matters such as the ongoing use of detention contrary to international trends and Inter-American standards; statelessness; the right of children to education; and gender equality. These views have resulted from the Commissioner’s independent investigations and their own knowledge, and they requested the government to address these issues.

To this end the Commission accepted The Bahamas’ invitation for the Commission to conduct an on-site visit to the Carmichael Road Detention Centre. In this continuing spirit of cooperation, I was then given a five-minute opportunity to respond by the Commissioners.

In summary, I congratulated the current administration for its efforts in preventing sex tourism and human trafficking (a matter which had been raised by one of the Commissioners); acknowledged the current administration as more enlightened than its predecessors; emphasized RB’s commitment to cooperate; implored the government to distinguish between illegal migrants and those born in The Bahamas who are entitled to status; begged for an avoidance of unnecessary detention; and, referring to an historical paroling of Cubans into the community, suggested many migrants could be permitted to work instead of being detained, rather than continuing to be a financial burden on The Bahamas. (After all, decades of research have shown that migrant workers, do not ‘take’ jobs from local workers, and boost rather than harm the host economy generally.)

I also asked Minister Johnson to allow RB and other human rights organizations to visit the Detention Centre with the Commission and ended by urging The Bahamas, as part of the global community, to end its fear of foreigners and welcome them to help develop the country which, although it has a small population, is geographically large.

Johnson responded for the government but once again focused on the photographs in the booklet and, to the obvious consternation of the Commissioners, dramatically rejected by saying “never”, to RB joining the Commission on its visit to the Detention Centre. Clearly as a result of the continued defence of the indefensible by The Bahamas, having regard to its international obligations, the Commissioners once again raised issues of statelessness, gender inequality and unnecessary detention.

For the record, every statement in the presentation by RB was true and correct and was supported by evidence. RB was not adversarial; we simply presented facts, identified areas where The Bahamas is not in compliance with its international obligations and offered to cooperate. In fact, on behalf of each member of the delegation, I emphasized how as citizens of The Bahamas they love their country, and do not wish its international reputation to be sullied.

Here is the full text of my response:

“Good afternoon Commissioners. I have been working along with Mr Joseph Darville for 43 years in The Bahamas on human rights and environmental issues, and we do have a huge human trafficking and sex tourism issue that this government is doing a lot about, I must congratulate them for that. But insofar as the issues relating to migrants in The Bahamas, I’d like to distinguish between those Haitians who are illegally coming into The Bahamas, which is a challenge for our government, as opposed to the many thousands of people who, Madame President, because of Jus Soli not applying in The Bahamas, they’re born in The Bahamas, and they have been there five, 10, 15, 20, 30, 40, 50 years I know in some cases, and they don’t have documentation.

“And so the criticism that we level against our government, and in which we are prepared to cooperate with them – we understand it should be cooperation between civil society and the government – we implore The Bahamas government to stop treating those who are born in The Bahamas and who have lived there all of their lives as if they are illegal migrants and to find a way, even if you don’t have to pass a referendum, pass just a law in Parliament giving all those who are born in The Bahamas the right to remain in The Bahamas and not subject to the terror – real terror – of being picked up at random, held in detention indefinitely and deported. And so that is a very simple and quick fix, it doesn’t need a referendum.

“The second issue is that the conditions at the Carmichael Immigration Detention Facility have been intolerably inhuman and degrading for decades. Let’s not play with this situation.

“And so, all of the members of our delegation, all five of us, including RFK with Kacey Mordecai, we love our country; we don’t want to beat it internationally. We want to be proud of The Bahamas. And so we implore the government, work with us as well. We want to work with our government to try and find solutions. We are not the enemy. We love our Bahamas as each different government does when it gets into power. Work with us!

“And so, although the government hasn’t extended the invitation to us, Rights Bahamas, RFK Centre for Justice and Human Rights, but it has extended it to the Commission, we ask the representatives of The Bahamas government if they will now extend the same invitation to the human rights organisations in The Bahamas, to inspect the Carmichael Detention Centre regularly. We don’t have to wait for commissioners from an international forum to come and police our own nation. You have citizens of your own country who want to help you do better. Use us! We are not the enemy.

“We would like to work with the government to help ameliorate the conditions at the Detention Centre, and also as the Commissioners have said, detention ought not to apply to immigrants. So the reality is, just as the government for hundreds of Cubans years ago, bailed them out and allowed them to go into the community on condition that the members of the community returned them, many many Haitian migrants or those waiting for documentation can live and be constructive and productive members of society, instead of it costing the government hundreds of millions of dollars, as you say, to keep them in an illegal detention centre. Let them out and let them work in the community.

“The Bahamas is a small country, but we need hundreds of thousands more people to make it grow and produce. Geographically it’s a huge country. We should stop focusing on the fact that we have a small population and recognise that we are a member of a much larger global community and that immigrants are not criminals. They are human beings like each one of us, trying to make a better life. And so the whole mentality, the visceral hatred and xenophobia that exists in The Bahamas has to be… your government is a much more enlightened one than many of the previous ones, I beg you work with civil society to help change this mindset that foreigners, in particular Haitian migrants, are some kind of disease that must be banished from The Bahamas.”

The full video of the presentations by Ms St Fleur, Messrs Georges and Thompson can be found on the Facebook page: Human Rights Bahamas.