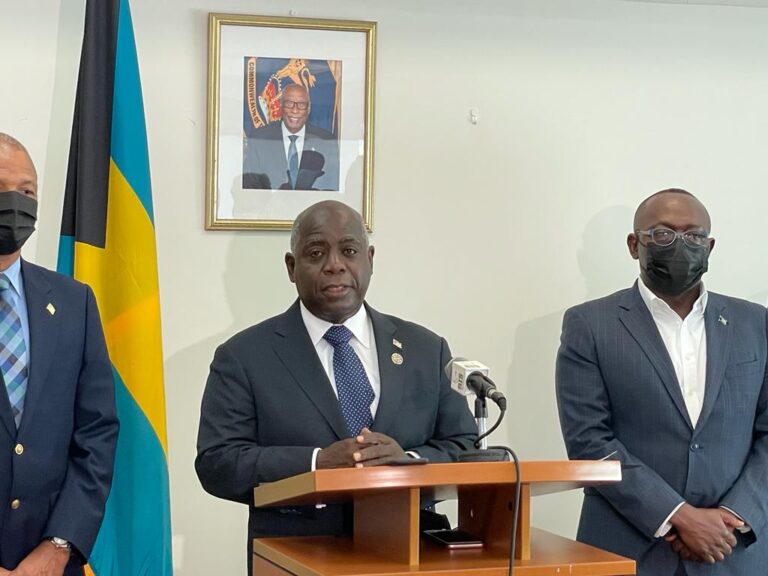 NASSAU, BAHAMAS — Prime Minister Philip Brave Davis indicated yesterday that his administration will review the contracts issued during the public state of emergency, which came into existence in March 2020.

He noted that the government is concerned about the matter.

“With respect to the spending that will be — well, we’re concerned about the pandemic spending and therefore we will look into it,” said Davis in response to questions from the media following his arrival from New York, where he attended the United Nations General Assembly.

“Whether it requires the high level of a commission on inquiry, that will only be decided upon when we will see where we are with the preliminary overview of the same.”

In August, Davis, who was opposition leader at the time, accused the government of going to great lengths to “hide deals” using the ongoing emergency orders.

He said the Bahamian people should be increasingly suspicious of contracts issued during the public state of emergency, which allowed the government to circumvent certain processes, including bids for tender to expedite certain services and products amid the pandemic.

Davis made the assertion after a report completed by Auditor General Terrance Bastian said the government did not disclose the names of the beneficial owners of companies that received payments for the delivery of goods and services related to COVID-19, despite requests.

Then Attorney General Carl Bethel said in mid-August that in short order the law would be amended for the matter to be addressed, but Parliament was dissolved on August 18 — just days after Bethel made the statement.

Davis said the public can expect that aspect and the travel health visa requirements to change on October 1.

The significance of the date was not made clear.

“Well, what you could expect is that there will not be one person exercising the role of a competent authority,” Davis said.

“That’s why I said by the 1st of October, perhaps we’ll see be a complete new regime that will take into account the promises that we would have made during the campaign; and will not be the prime minister for certain. It ought properly be in the Ministry of Health.

“We’re dealing with a health crisis, so why it is in the Office of the Prime Minister even baffles the experts and doctors when we speak to them about where we are — first of all where we have come from, where we are and where we ought to go.”