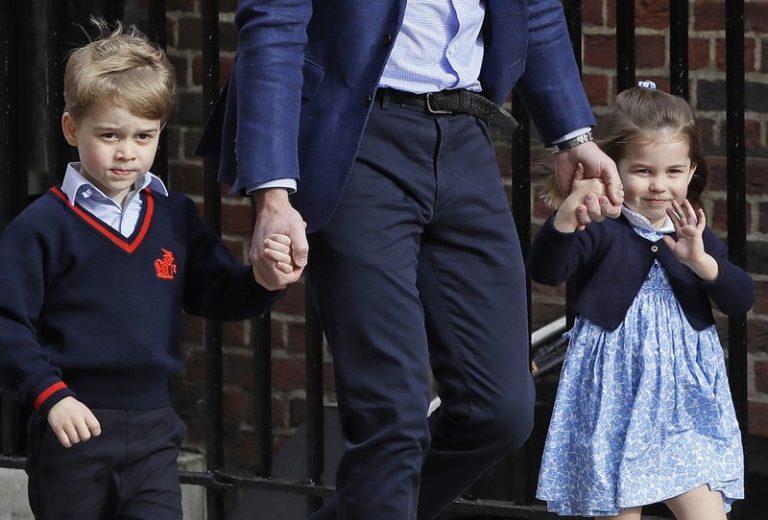 FILE - In this Monday, April 23, 2018 file photo, Britain’s Prince William arrives with Prince George and Princess Charlotte at the Lindo wing at St Mary’s Hospital in London. Kensington Palace said Wednesday May 16, 2018, that four-year-old George will be a page boy and three-year-old Charlotte will be a bridesmaid at the wedding of Prince Harry and Meghan Markle on Saturday. (AP Photo/Kirsty Wigglesworth, File)

Kensington Palace said Wednesday that four-year-old George will be a page boy and three-year-old Charlotte will be a bridesmaid at the wedding of Prince Harry and Meghan Markle.

They are the two oldest children of Prince William, Harry’s brother, and his wife Kate. The couple’s third child, Prince Louis, was born last month and will not be attending.

The palace says there will be six bridesmaids ranging from two to seven years old and four page boys, ranging from four to seven.