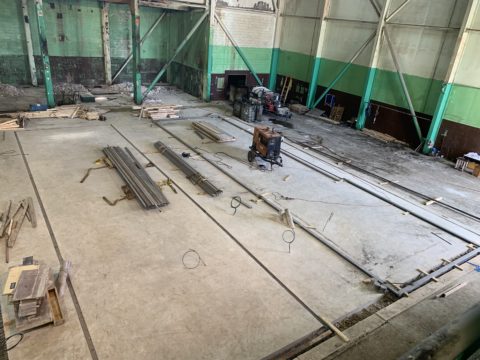 NASSAU, BAHAMAS – Minister of Public Works Desmond Bannister yesterday foreshadowed that the seven Wärtsilä engines being acquired by Bahamas Power and Light (BPL) to address long-term generation capacity will arrive in early May and will be fully installed by September 2019.

“We expect they will be in full operation by September,” Bannister told Eyewitness News Online.

“There is a lot to be done.

“The appropriate infrastructure has to be put in place properly.

“There are no short cuts with that.

“We expect by September we will have all generators in place and get rid of the rental generation.

“We have this expensive rental generation.

“I don’t why anyone thought that should be a long-term solution.

“They were supposed to be temporary and at the end of the year, they will just be gone, and cut down tremendously on our cost.”

The engines, which were being manufactured in Trieste, Italy, were expected to be shipped in late March.

BPL previously advised it would take approximately two months for the engines to arrive in The Bahamas and another four months potentially to install.

Yesterday, Bannister pointed out that it will take a day to move one generator from the port to Clifton.

He said, “The whole exercise of moving the seven generators I believe that we are getting, is going to take over 20 days.

In a statement yesterday, BPL Director of Public Relations Quincy Parker said the refit of Station A and the Clifton Pier Power Station has been a logistical feat of strength in preparation for the Wartsila engines, which are being shipped from Trieste, Italy.

According to Parker, BPL and Wartsila will be engaged in a “complex, delicate dance which will require absolute perfection to pull off.

“In broad strokes, the dance starts with getting Station A ready, which will include pouring new foundations for the new engines.”

The preparation of the engine halls is underway; the foundations for the first two engines have been laid, with the remainder expected to be completed within the next few weeks.

The engines are expected to arrive on May 4, but there could be some leeway time, BPL noted.

Parker also noted that the power provider is keen to implement advance metering infrastructure to pave the way for automated, two-way communication between smart utility meters and the utility company.

The technology is expected to provide consumers with real-time data related to power consumption, which BPL said will allow its customers to make informed choices about energy usage based on the price at the time of use.

Alpha testing of the advanced metering infrastructure is expected to begin by July.