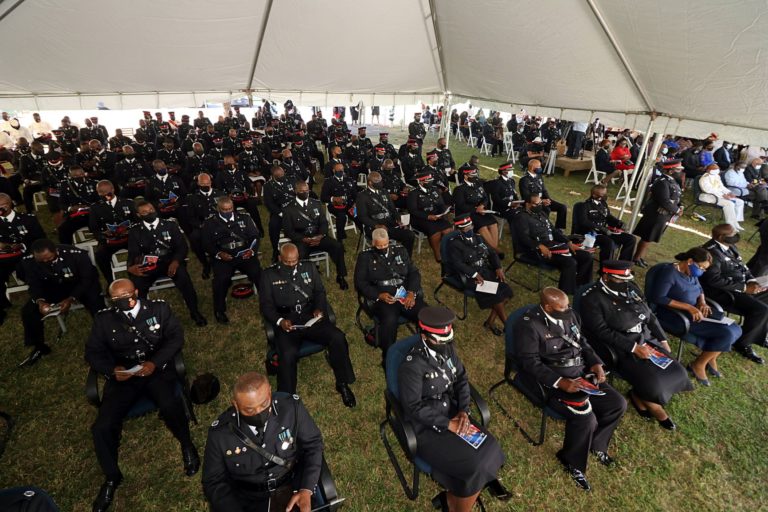 “Only one person can do promotions and that is the commissioner”

Rolle was asked about the promotions of several officers ahead of the September 16 General Election, along with reports that more officers were expected to be elevated.

“Only one person can do promotions and that is the commissioner,” he told members of the media during a press conference giving an update on police work.

“I didn’t call anybody and tell them they were promoted.

“I think there was some information, but I want the police officers to hold on and hold fast; promotions will come and I will announce promotions soon.”

Just one week before the advance polls, reports began circulating that several high and junior-level officers were set to be called in to receive promotion letters.

The move, however, was not publicly announced by the former Minnis administration or then Minister of National Security Marvin Dames.

In July of this year, Zhivargo Dames and Kenwood Taylor were promoted from chief superintendents to assistant commissioners of police.

The former national security minister defended the promotions, insisting that the government was adhering to recommendations by the commissioner.

The promotions were met with widespread scrutiny after a 2017 manpower audit of the force found that the organization was too top-heavy with senior officers.

The audit also found that there was an 800-officer deficit in the rank of constable and recommended that only 11 officers hold the rank of chief superintendent.

In the aftermath of the audit being released, the RBPF’s top brass was cut down when eight senior officers were sent on leave.

Last year, the government announced a temporary suspension on promotions due to the financial constraints caused by the COVID-19 pandemic.