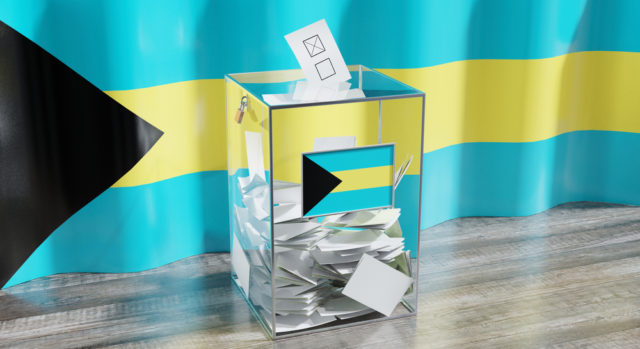 NASSAU, BAHAMAS — The current voters’ register stands at 188,762 voters, with just over 1,700 voters added to the register since the beginning of March, according to Acting Parliamentary Commissioner Lavado Duncanson.

In an interview with Eyewitness News, Duncanson advised that there are currently 130,512 voters registered on New Providence, 30,260 on Grand Bahama and 27,990 on the Family Islands.

He noted that the process of cleaning the register is ongoing, with some 5,747 individuals removed from the register since 2017 due to confirmed deaths.

Duncanson encouraged Bahamians who may have moved since the last election to take advantage of the opportunity to transfer their residence once they have lived in the new location for 90 days or more.

He also urged individuals aged 18 or older who have yet to register to vote, to do so.

There is not an expectation for an influx of people registering before the election is called.

A registered voter would not be required to re-register by reconstitution of the boundaries, however, the commissioner may from time to time call upon registered voters to alter or correct their counterfoils of the voters’ cards.

Various centers have been opened for expanded voter registration exercises on New Providence and Grand Bahama, including for individuals who are not on the 2017 register or who may need to make an address transfer.

Duncanson yesterday urged individuals who may be having challenges with registering to go to or reach out to the Parliamentary Registration Department on Farrington Road with their concerns.