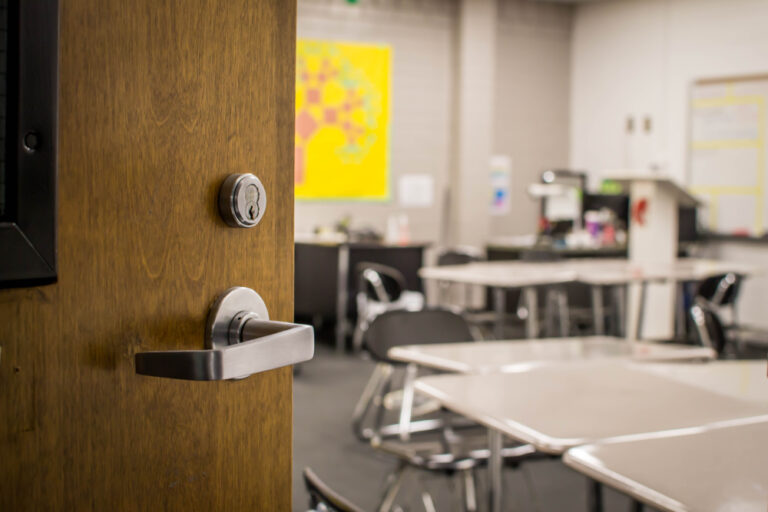 Current education minister hits back; calls for “heroes, not hypocrites”

Former govt maintained virtual schooling during most of the pandemic

NASSAU, BAHAMAS — Former Minister of Education Jeffrey Lloyd urged the government yesterday to revisit the decision to suspend face-to-face school across the country and evaluate individual schools on individual islands to determine if they could operate.

Lloyd’s comments came after education officials advised last week that the reopening of schools will be postponed for two weeks due to the recent spike in COVID-19 cases.

Public schools were set to reopen for hybrid learning on January 11.

The ministry’s decision to blanket the public and private school system with a total virtual learning mandate is very unfair to many schools.

Speaking during a press conference at the Free National Movement (FNM) headquarters, the former education minister said the party is “genuinely concerned” about the government’s decision.

“The ministry’s decision to blanket the public and private school system with a total virtual learning mandate is very unfair to many schools — both public and private — who can easily accommodate a hybrid, if not full face-to-face learning experience, and still comply with the health protocols,” Lloyd charged.

He added: “We are convinced that there are many schools on the various islands where this is not only possible, but desirable, if not essential.

“The FNM therefore urges the government to revisit its decision and permit those public and private schools who can demonstrate the capacity for strict adherence to the health protocols to operate.

“Bahamian students cannot afford to miss another day of essential school instructions. Too many have suffered already.”

Education officials last week advised that some Family Islands — many of whom have dramatically lower cases of COVID, if any cases at all — are requesting an alternative to strictly virtual learning.

However, the Ministry of Health has advised against it.

Lloyd said yesterday: “The continued absence of students away from the classroom, and the thousands who have not benefitted from the virtual learning experience, has imposed a seriously detrimental effect on the educational and social advancement of Bahamian students.

“It was the opposition PLP (Progressive Liberal Party) in 2020 who claimed that they had the plan for the safe reopening of in-person learning. Obviously, they do not.”

During his term in office, he made the decision to keep public school children in a fully virtual mode when there was no such public health prohibition.

In a statement addressing Lloyd’s concerns, Minister of Education Glenys Hanna-Martin said the COVID-19 crisis in education calls for “heroes, not hypocrites”.

“The former minister must remember that he advocates for children to resume face-to-face when the Ministry of Health advises otherwise,” Hanna-Martin said.

“During his term in office, he made the decision to keep public school children in a fully virtual mode when there was no such public health prohibition, and at that time, all other schools went into a hybrid model, which he is now advocating for.”

She added: “The former minister knows full well he left behind a crisis and a debacle and he should instead be heard to say that he will join hands with all stakeholders to ensure the children are given the best opportunity possible to develop their potential.”

Hanna-Martin said the ministry has appointed a task force that will focus on the identification and implementation of education recovery for public school students to include diagnostics, learning acceleration and social support.

In response to Hanna-Martin’s comments, Lloyd claimed he was not criticizing the ministry but instead suggesting that the government reconsider its decision.

The former minister also pointed to a December 2021 UNESCO Report that encourages countries to prioritize the opening of schools to begin reversing learning losses.

I am not interested in the political back and forth! I could care less! I need my two children to be able to have face to face instruction two times a week.
Is that too much to expect?