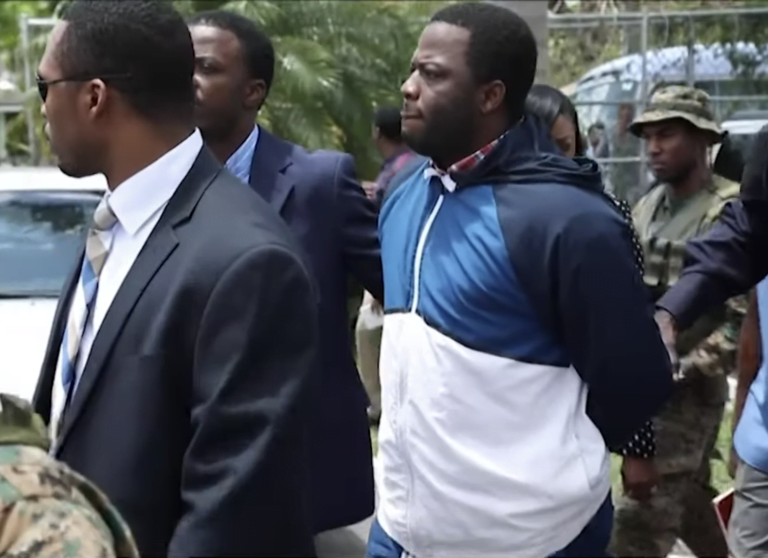 NASSAU, BAHAMAS – Former Royal Bahamas Defence Force Marine, Jevon Seymour, 35, who was charged last month with the shooting death of Defence Officer Philip Perpall and the attempted murder of Kelvin Hanna and Ellis Rahming on the grounds of Government House, returned to court on Monday for the presentation of a Voluntary Bill of Indictment (VBI).

The prosecutor, however, expressed that the VBI was not ready as yet.

Meanwhile, with court proceedings not getting underway until after 1 p.m., relatives of Seymour notified the magistrate that their loved one had not eaten for the day, and asked permission for him to eat food they had brought for him. The judge said that she would allow it, but the officer in charge of the court cell bock refused as he said it is against policy [of the prison] and food was on its way from the prison.  But Ferguson-Pratt warned the officer that it is unacceptable and inhumane to have prisoners in custody and not feed them.

She added that if the defendant was not fed before she rose, the matter would be addressed at a higher level.

Back on April 28th, police reported that Perpall was sitting in the guard room at Government House with another marine, while others were on break.

Police said paramedics were summoned and pronounced Perpall dead at the scene.