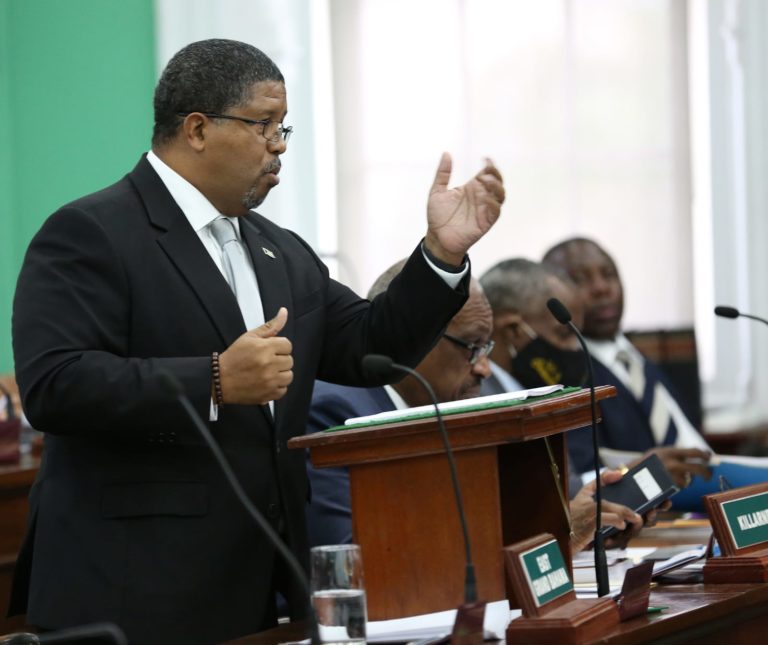 NASSAU, BAHAMAS — The government is moving to amend the Value Added Tax (VAT) Act to ‘clear up’ the dispute over the treatment of insurance settlements.

During his contribution to the debate on the 2020.2021 budget, Deputy Prime Minister K Peter Turnquest told Parliament that the amendment is one of several the Minnis administration will make to the Act.

“We are amending Section 31 of the VAT Act, 2014 to include an expressed provision for the treatment of insurance settlements, which only allows insurance companies to claim settlement payouts as an input tax when the claimant is a VAT registrant. This will clear up a matter that has generated much confusion in the industry,” said Mr Turnquest.

Insurers were of the view that based on representations by the former Christie administration, VAT was recoverable on all general insurance claims — meaning they were considered VAT inclusive.

However, the Minnis administration has adopted the position that this was only the case where the insured client was a VAT registrant – meaning a business with a turnover greater than $100,000 per year.

Pointing to other amendments to the VAT Act, Turnquest noted that the government will also amend the Act to show that VAT is now payable on instruments and transactions related to loans under the Bahamas Cooperative Credit Unions Act, 2015, though zero-rated.

“Furthermore, to legislate the provisions under the Exigency Orders and Special Economic Recovery Zones (SERZ), we are amending the first schedule of the Act to provide for goods stipulated under these Orders or Zones to be zero rated for VAT,” he said.

“We will also amend the VAT Act, 2014 to clarify that all e-commerce operators are required to register for VAT, whether they provide their services through an agent, or directly to consumers. Although this had always been implicit within the VAT Act, we thought it best to clarify the requirement given that the footprint of digital commerce will  continue to expand in the domestic economy.”

Turnquest further noted that other regulatory changes to the VAT Act, 2014 include; allowing the Minister of Finance to temporarily allow for the zero rating, exemption or deferral of VAT on the local supply of goods and services; this amendment is what will provide—for example—the legislative means to execute the planned two week Back to School VAT holiday on select items scheduled for late August.

“In addition, we will clarify that the sale of real property in Freeport is in fact subject to VAT, as it is not included as an exemption in clause 2 of the Hawksbill Creek Agreement,” he said.

“To bring the Business Licence Act in line with other tax structures, we are amending the Act to now allow for 30 days to appeal an assessment, as opposed to 21 days,” he said.

“Furthermore, we are clarifying that Business Licence tax is calculated on the total turnover of a legal entity and not the business type within the Act by inserting a new subsection in Section 8. We are also amending the Act to strengthen the Government’s ability to collect unpaid taxes and address non-compliant taxpayers.”

To support the government’s goal of strengthening public financial management, Turnquest said the Minnis administration will amend the Financial Administration and Audit Act, 2010 (FAA) to require that all Government authorities, companies, and corporations that receive more than 50 percent of their operating budget from the Central Government, produce and submit monthly and quarterly financials.

He said: “This amendment will not only allow for a more programmatic approach to Government budgeting but will also aid in the cost rationalization project currently being conducted on SOEs. Similarly, we will amend the FAA to allow all financial warrants to be endorsed or approved electronically. This supports the Government’s overall push for digitization, particularly within the new norm set by COVID-19.

“This amendment will also help to increase the ease of doing business, as the time associated with approving financial warrants will be less, thereby making the payment processes and settling of Government bills more convenient and efficient.”