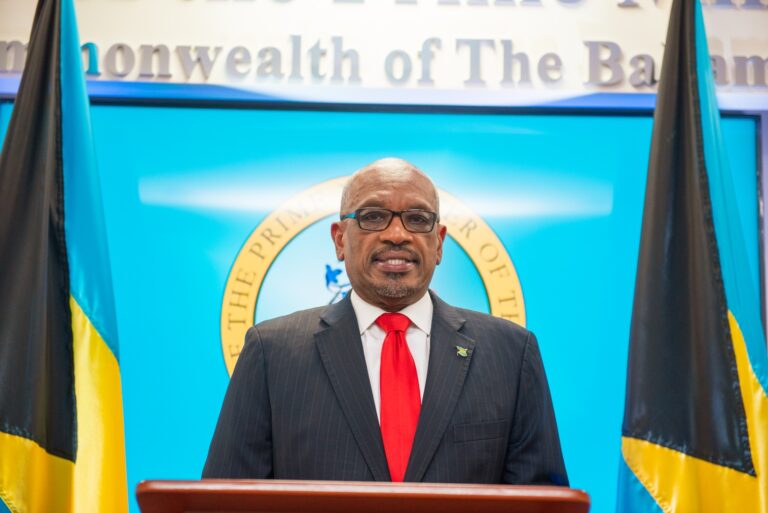 NASSAU, BAHAMAS — As the government seeks to ramp up its vaccination efforts in the coming weeks, Prime Minister Dr Hubert Minnis advised yesterday that more than 11,496 doses of vaccines were administered last week.

During a national address last night, the prime minister said the increase in vaccinations shows “progress” in the country but there is still “much work to do”.

As of Saturday, 55,291 Bahamians and residents have been fully and completely vaccinated, including those who took their vaccines abroad and registered with the Ministry of Health.

The prime minister indicated that between Monday and Saturday last week 11,496 doses of the vaccine were administered — the majority of which were first doses.

He said the vaccination committee hopes to fully vaccinate 60,000 people over a six-week period and urged Bahamians to help the country reach the “critical goal” by getting vaccinated.

“Let me again say to those who are still thinking about getting vaccinated, you do not have time to keep thinking about whether or not you will take the vaccine,” Minnis said.

“You do not have time to keep researching. You need to come forward now to get the life-saving protection that vaccination gives.'”

He reiterated that the only way. out of the emergency phase of the pandemic is to “vaccinate as many Bahamians as possible in as short a time as possible”.

Minnis pointed to data that showed that between March 14 and July 31, no one who was fully vaccinated was hospitalized or died at the Princess Margaret Hospital.

“The virus has many of our citizens fighting for their lives,” he said. “It has killed more Bahamians in this wave.”

Five additional COVID-19 deaths were confirmed that occurred between August 4th and August 18th, taking the number of COVID-fatalities in the country to 338 with 47 still under investigation.

Health officials confirmed 108 new cases of COVID-19 on Saturday, taking the number of cases in the country to 17,389 with 3,200 active cases.

Of those new cases, 91 were on New Providence, five on Grand Bahama, two on Abaco, one on Bimini and Cat Cay, seven on Eleuthera, one on Exuma, and one of Andros.

The prime minister said the government has secured half a million vaccine doses, including Pfizer, AstraZeneca, and Johnson & Johnson to continue its vaccination campaign.

He noted the government will partner with private health care providers, who can meet the criteria, to administer vaccines in an effort to get as many people vaccinated as quickly as possible.

As for the rollout of the one-dose Johnson & Johnson vaccines, Minnis said doses will be used in the next phase of vaccinations in the Family Islands for residents who have not yet received their first dose.

The full schedule of vaccinations for the Family Islands will be released in the coming days.

The prime minister called on all leaders in the country to unite behind the message, “let’s get vaccinated”.