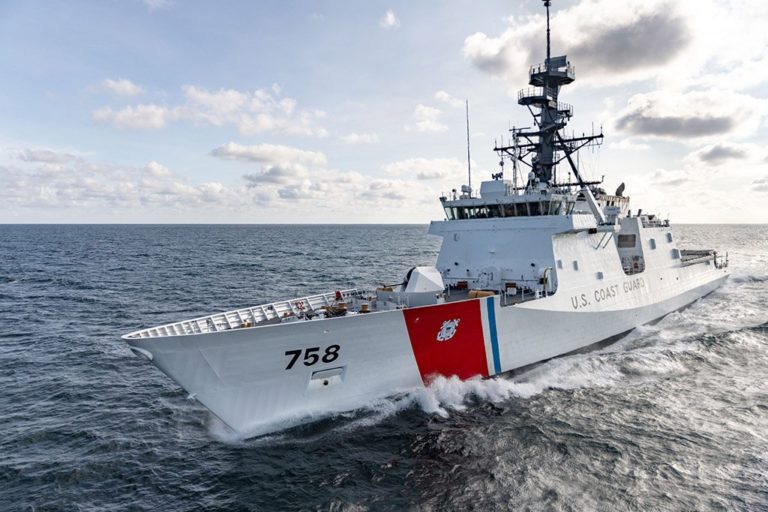 It performed a “shakedown cruise” referred to as Operation Southern Cross.

Poulin said: “We have a number of existing bilateral agreements with many of the Caribbean nations, and one of the things we’re doing is looking at how we might expand some of those agreements to include IUU fishing.

“The agreements that we have provide a strong baseline for us to continue to work with these nations to expand maritime domain awareness, which is so vital to understanding the nature of the problem in the Caribbean.

“And that’s one of the ways we are expanding our awareness of IUU fishing in different parts of the hemisphere, is to use our Coast Guard asset.

“They are multi-mission assets; they’re already down there on patrol, to not only leverage their capabilities for the counter-drug threat, but also all threats to the region.”

More than $400 billion in lost revenue results from IUU fishing.

It also diminishes fish stock, making the issue an “economic, a maritime governance and an environmental crisis”.

Acting Director of the Office of Marine Conservation at the US Department of State David Hogan said it is important that every country works together to protect the maritime resources on which all of their economies rely.

He said: “The governments of the region work very hard to manage their fisheries with the best available information and to reward their sectors for following the rules that are set to manage those fisheries.”

In 2018, fishermen projected a 51 percent loss in profit due to poaching alone.

Last September, 81 Dominicans were fined a total of $1.9 million for poaching in Bahamian waters.

Among them, there were 14 repeat offenders.