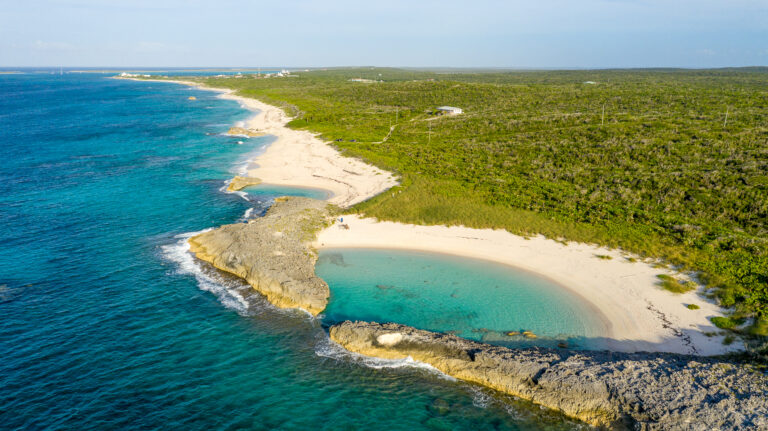 NASSAU, BAHAMAS — A court-appointed receiver is seeking to recoup some $2 million in connection with an illegal land deal involving hundreds of acres of land on Long Island.

The US Federal Trade Commission (FTC) described it as “the largest overseas real estate investment scam” it has ever targeted.

The California-based firm of Robb Evans and Associates has filed a lawsuit alleging that the millions were obtained from duped investors of the Sanctuary Belize scam.

A $120 million judgment has been made against certain defendants in the Sanctuary Belize litigation, including Andis Pukke, described as a “recidivist fraudster”, who was involved in the Long Island land deal.

The receiver has alleged that individuals involved in the Sanctuary Belize Project sought land in The Bahamas for a new project in an acquisition for which Frank Connelly, whose real name is Frank Costanzo, acted as lead negotiator.

Connelly was the CEO of Newport, a Wyoming corporation that the receiver noted “operated out of the same offices in Irvine, California, that housed all of the other entities involved in the Sanctuary Belize Litigation and advertised, marketed, distributed or sold real estate investments and related services in the Sanctuary Belize Development”.

According to the receiver, through an introduction made in a Miami-area nightclub, Connelly was introduced to Diaz-Cueto.

“The receiver is informed and believes and thereon alleges that there are two nominal or straw shareholders of Bella Mar: Merlean Poitier and Tootsie Hunter Case. Poitier is a secretary in the law office of Diaz-Cueto’s longtime Bahamian lawyer and Hunter works in that firm’s accounting office,” the lawsuit stated.

An Eyewitness News search revealed that the name Merlean Poitier had been referenced in an Ernest & Young report on the Water and Sewerage Corporation (WSC), which had identified her as an employee at the law firm of Progressive Liberal Party (PLP) Leader Philip Brave Davis.

The lawsuit continued: “The receiver is informed and believes and thereon alleges that Poitier and Hunter were designated shareholders of Bella Mar solely for the purpose of purportedly complying with Bahamian law and held no actual beneficial interest in Bella Mar.

“The receiver is informed and believes and thereon alleges that Diaz-Cueto, while not a shareholder, owned an undetermined beneficial interest in Bella Mar which afforded him treatment as the true owner of the company.”

The receiver also noted that while Diaz-Cueto mainly conducted negotiations with Connelly, he knew that Pukke was involved in the deal and had in fact dealt with him two years prior on a separate purchase of a different tract of land owned by another of Diaz-Cueto’s companies.

The receiver further noted: “Even though the Long Island parcel was bought by a purchase option for somewhere between $10,000 and $100,000, Newport agreed to pay Bella Mar $4,000,000 under a seller-financed transaction, 40 to 400 times what Island Acquisition paid.

“Newport would pay a down payment of $750,000 to Bella Mar, followed thereafter by monthly payments of varying amounts to pay the balance of $3,250,000.

“Though his company Bella Mar was financing the transaction, and Diaz-Cueto knew that Pukke had problems with the law in the past, Diaz-Cueto did not ask Newport to provide any financial statements or take any steps to ascertain Newport’s financial ability to pay the purchase price.

“The receiver is informed and believes and thereon alleges that this was because, among other things, Diaz-Cueto knew that $4,000,000 was significantly more than the property was worth, that the property was in a remote and developmentally challenged part of The Bahamas without significant interest from legitimate developers, that payment of the down-payment alone would provide an extraordinary return on what was paid for the option and that Bella Mar did not have a certificate of title on the Long Island parcel.”

The receiver has asserted that the owners in Sanctuary Belize did not know that their funds would be used for the attempted acquisition of the Long Island parcel.

“The receiver is informed and believes and thereon alleges that Newport did not receive reasonably equivalent value from Bella Mar for the attempted purchase of the Long Island parcel,” the receiver added.