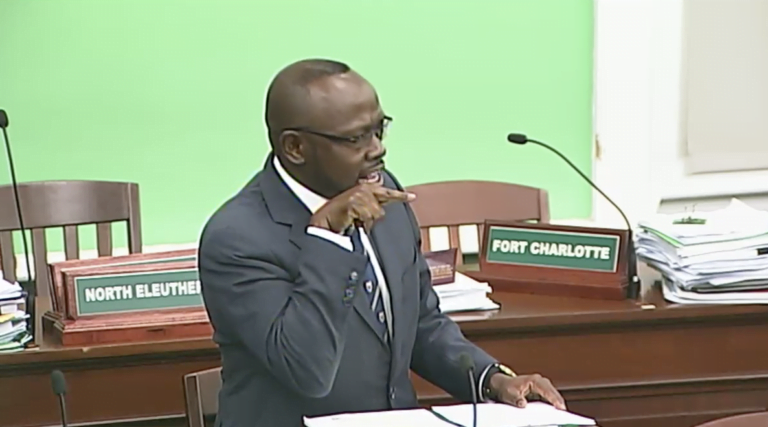 NASSAU, BAHAMAS — The opposition has expressed serious concerns over the government’s recently announced affordable housing plan for western New Providence, asserting that the Minnis administration is not serious about helping Bahamians realize their dreams of home ownership.

Progressive Liberal Party Deputy Leader Chester Cooper said in a statement yesterday that while the party supports more Bahamians owning homes, it has “serious concerns” about the new subdivision that is being planned for use on public land in western New Providence.

Last week, Prime Minister Dr Hubert Minnis tabled a resolution in Parliament that would give “young Bahamian professionals” access to affordable land in an upscale community in western New Providence. The resolution indicates that several tracts of land in the west have been identified for purchase for young Bahamians between the ages of 18 and 45.

Cooper said: “The fact that the government is barring anyone over the age of 45 from even applying is disconcerting and discriminatory. There are many who have saved and worked for years to try and buy a home, who are now being locked out of this opportunity, as limited as it may be.

“We also do not think it realistic that there are many people under 21 who can qualify for a home mortgage, due to a lack of work tenure or lack of employment for that matter.

“It is also doubtful that banks will lend for construction financing at the point of purchase simply because the land is worth more than was paid for it. This would leave many who purchase the land having to build with their own resources within 24 months.

“We also do not believe any committee the prime minister appoints to vet applicants will be transparent or apolitical.”

Cooper suggested that what has been proposed is nothing more than an unworkable election gimmick.

“This administration is clearly engaged in a political exercise targeting a select few in the largest voting bloc in the country — an exercise that will not see a single home in the planned subdivision realized before the next general election,” said Cooper.

“The Minnis administration is not serious about helping Bahamians realize their dreams of home ownership.”

He added: “While it is not possible for the government to provide housing for the majority of Bahamians, the incoming Progressive Liberal Party administration will return to building houses for Bahamians, empowering local contractors and spurring economic growth.

“The incoming Progressive Liberal Party administration will increase access to affordable homes by creating new initiatives, including the ‘Homes for Bahamians’ and ‘Rent-to-Own’ programs.

“The granting of Crown land will be included in this program, especially in the Family Islands. The incoming Progressive Liberal Party administration will properly pursue public-private partnerships to develop new subdivisions with a model that is practical, unlike what the prime minister has presented.”

The program will also offer several concessions, including the waiver of customs duties on all the building materials and appliances, real property tax exemption for two years after construction and one year without stamp tax.

Additionally, the government will make available 10 approved Ministry of Works architectural designs for homeowners to choose from for a cost of $1,000, eliminating significant architectural fees. The homes will, however, have to be completed within two years of purchase.

The prime minister said in order to ensure fair play, a committee will be established that will set the rules and policies in the selection process.

More for the rich and nothing for the poor again. The poor is doomed under this administration