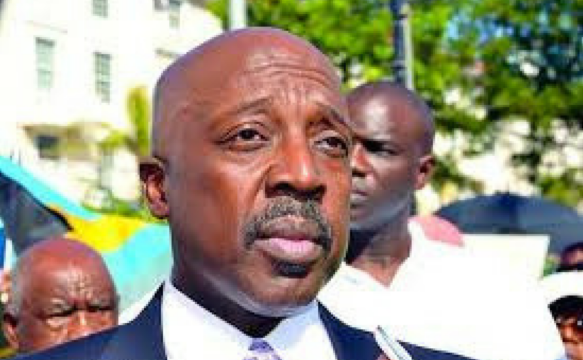 “Frustrating” is how the attorney for embattled former Minister of Labour Shane Gibson described his ongoing bribery and extortion trial, as it has been delayed yet again.

Attorney Wayne Munroe said the lack of evidence that continues to delay each court date.

“The particulars are the things that tell you what you’re accused of. That’s the thing, that on X day, you solicited a bribe or you accepted a bribe,” Munroe said.

“The disturbing thing is they charged a man and they didn’t have the particulars in the indictment.”

Munroe said he and his client showed up to court only to be told by the Attorney General’s office that, “while they have the number of counts they’re going to proceed with or finalize, they didn’t have the particulars drafted.”

He said they are set to return to court next week Friday.

Munroe spoke to Eyewitness News and asked rhetorically, “How long has it been since they charged him? And they still don’t have the particulars.”

Gibson was arraigned back in August of 2017, on 16 counts of bribery and 15 counts of extortion, two counts of conspiracy to commit bribery and one count of misconduct in public office.

It is alleged that the Cabinet minister bribed and extorted more than $8 million from contractor Johnathan Ashe, for clean-up efforts in the aftermath of Hurricane Matthew.

“If you say you gave a man $50,000, and you can’t say on record on what day you gave him that money – especially when you say you took the money out the bank – how does that make sense?” Munroe questioned.

“We said from the beginning, and we have been very open about it, give us a day in question and, so far, they have been unable to.”

Gibson, who is currently on bail, entered a not guilty plea.