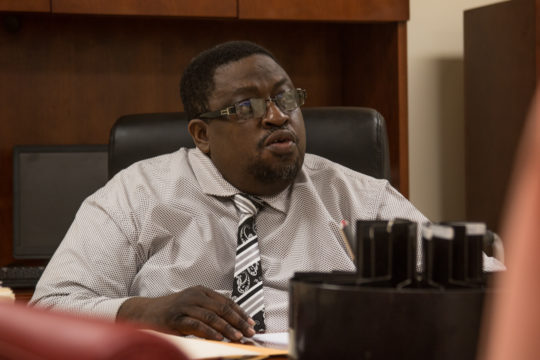 On Thursday union leaders announced that they would withdraw their labour next week Tuesday.

Head of the National Congress of Trade Unions (NCTU) Bernard Evans and President of the Trade Union Congress (TUC) Obie Ferguson claimed, that their concerns over a recent court ruling, which dismissed the industrial agreement for Morton Salt workers, has not been addressed by government despite repeated calls for intervention.

Farquharson called on workers to exercise a level of patience as the matter is still being reviewed. He confirmed that a meeting with labour officials and the union leaders was held recently, where their grievances were expressed.

“The minister took those concerns to Cabinet and it was determined that it should be turned over to the Attorney General’s (AG) office for review and we are still at that point,” Farquharson said.

“We are awaiting a response and as soon as we get one, a technical team will be assembled and we plan to also meet with the unions to see how we can resolve the issues.”

Farquharson said while a number of unions are in possession of a strike certificate, they were not issued in relation to this matter.

“Anytime a trade union withdraws their labour there must be a legal strike… there are provisions under the industrial relations act that unions must take before they take a legal strike,” he said.

According to Evans and Ferguson, an appeal has also been made to the International Labour Organization (ILO) for assistance and to “intercede with haste”. The appeal claims that the ruling by the court has rendered all industrial agreements “void and of no effect”.