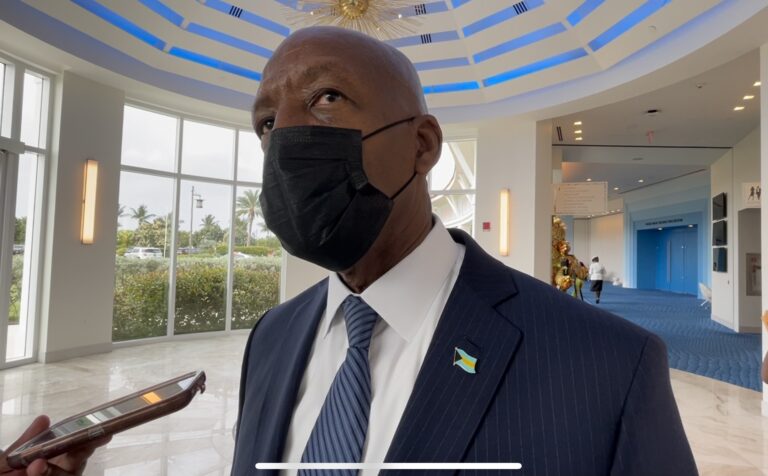 All public utility contracts under review

NASSAU, BAHAMAS — While Water and Sewerage Corporation (WSC) Chairman Adrian Gibson has not formally resigned his chairmanship, Minister of Works and Utilities Alfred Sears said the Long Island MP confirmed he will step aside and has not visited the corporation since the change in government last month.

Sears is performing a review of all existing contracts related to the corporation and Bahamas Power and Light, including BPL’s agreement with Shell North America, which Sears called an agreement of priority.

In an interview following the opening of Parliament, Sears said he has approached his ministry with no pre-conceived notions and will make determinations on each contract on the basis of its merit and benefit for the Bahamian people.

Sears said he has had a discussion with the general manager.

“With respect to the Water and Sewerage matter, I called Mr. Gibson myself and he indicated to me that he is not been in the office since the election and he has no intention, and he has been very cooperative

“He has committed to providing turnover notes for me.

“I spoke to him today and he has indicated that commitment with be forthcoming.”

Asked whether he will review the contracts under Gibson, Sears said: “The thing is, I would not want to pre-judge anything.

“Right now, I am asking for turnover notes.

“The thing is, we have to review what has happened in all of the corporations and I would not simply single that one out.

“I know there are issues in the public domain, but when I assume a position, I have to come in with an open mind and not come with a pre-conceived [notion].

“My job is to get proper turnover notes so I know what is the state of play in the corporation and not come with anything pre-conceived notion.

“Once we have everything it’s going to be reviewed, so we know how to best serve the interest of the Bahamian people.”

When asked if Gibson has resigned or been removed, Sears said while Gibson has not submitted a formal tender of his resignation, he has committed to not returning to the corporation and has no intention of doing so.

“He has indicated an intention and that intention would have an effect because it has been expressed to me,” Sears said, noting that with the procurements of contracts and proposed legislation to amend the existing act, the government will continue to follow the law until such changes are made.

Water and Sewerage Management Union (WSMU) President Montgomery Miller has called for executives for executives at the corporation to engage with the union and address ongoing concerns of workers or “do the right thing” and resign.

Miller, who consistently criticized the management of the corporation, said under the leadership of Gibson and General Manager Elwood Donaldson, the organization has been run poorly.

As it relates to the power company, Sears said the quarter of a million rate reduction bond that the board of directors sought “urgent” approval for is also being reviewed.