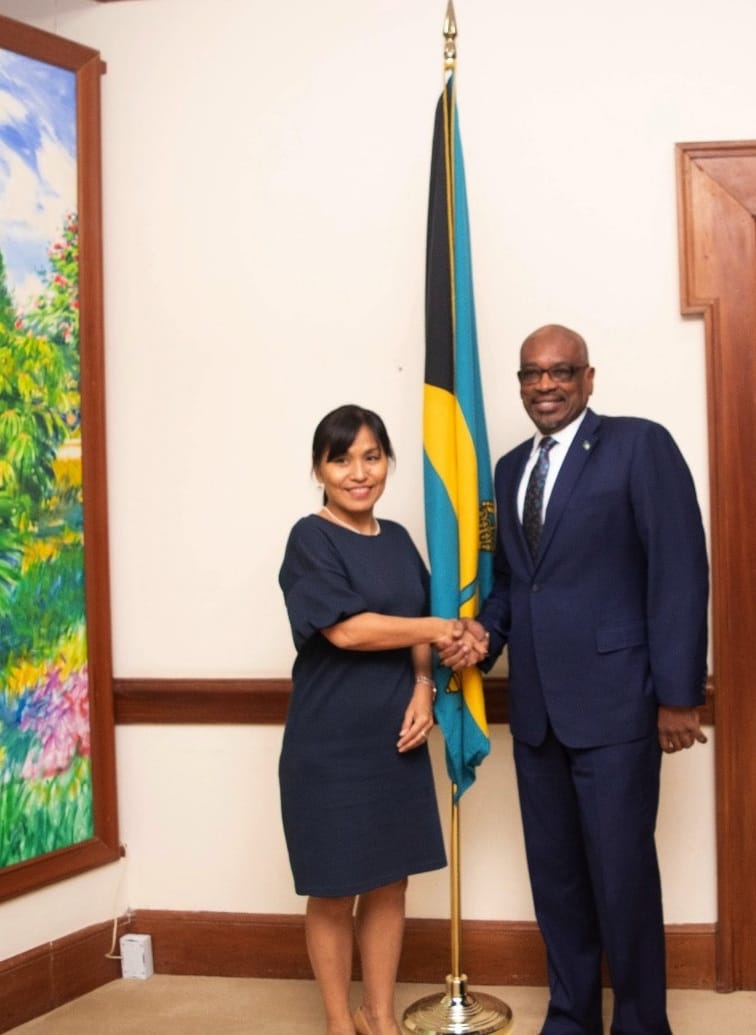 NASSAU, BAHAMAS – The United Nations has pledged to assist Haitian residents living in The Bahamas who were affected by Hurricane Dorian, according to the Office of the Prime Minister.

The announcement come amidst increased tension over immigration and ongoing criticism from various UN agencies.

Minnis “welcomed the offer of assistance by the United Nations for Haitian residents affected by Hurricane Dorian,” the OPM said in a statement.

“The prime minister and Ms. Kagoshima discussed what role the UN can play to help Haitian residents displaced by the hurricane and relief initiatives being spearheaded by UN agencies, including, UNICEF (United Nations Children’s Fund), PAHO (Pan-American Health Organization), WFP (World Food Programme) and the IOM (International Organization for Migration).”

The deadly storm leveled the two largest of the six shantytowns on Abaco – The Mudd and The Peas.

A 2018 government report on the shantytowns estimated the total population for the six communities at over 3,500.

Of those residents, the report noted that overall 20 percent were undocumented at the time.

However, shantytown communities in South Abaco – including The Mudd, and The Peas – had 70 percent of respondents who were self-reportedly undocumented.

During that Monday meeting Minnis also emphasized that undocumented residents will be treated humanely.

“He noted that all residents affected by Hurricane Dorian were provided with shelter, food and other social assistance regardless of immigration status following the storm, and repatriations were suspended for a period of time,” the statement continued.

“The prime minister reiterated that anyone living in The Bahamas without legal status will be repatriated, according to the laws of The Bahamas.

“As has always been the case, Haitian residents who qualify will be provided with the opportunity to be regularized as laid out in the constitution”.

In the days immediately after the Category 5 hurricane, the government announced that it had suspended the deportation of immigrants in the affected areas.

However, just two weeks after this declaration, non-regularized individuals were warned that they “are not safe” and told to “go home” if they lost a job as a result of the storm.

Hundreds of Haitians have since been repatriated.

The government also issued a cease order with immediate effect for The Mudd, The Peas, Sandbanks and The Farm in order to prevent anyone from building or developing in those communities.

Officials have continuously echoed that no “illegals” will be allowed in the Family Relief Centre being built on Abaco.

Yesterday, the Ministry of Foreign Affairs hit back at one of those UN agencies that has criticized the government’s immigration response.

Ravina Shamdasani, the deputy spokesperson from the UN Human Rights Office, said the visit’s purpose was to verify “worrying” claims of “violence and abuse” by Bahamian law enforcement efforts.

Zulof, a senior human rights advisor based in Jamaica, was reportedly invited by the government “to discuss human rights matters related to deportations, repatriations, and other related issues”.

However, the ministry took issue with the assertions, calling them “disturbing for a number of reasons.”

“The ministry is deeply concerned that a UN Official would report to the media regarding matters of such gravity without having the courtesy first to inform the government and allow the government the opportunity to provide a response,” the statement read.

“The ministry considers the behavior of Mr. Abu Al Zulof not to be in keeping with the way in which a UN official should conduct himself.

“Furthermore, it calls into question the impartial, balanced, neutral and ethical manner normally employed by the UN when it investigates allegations of alleged abuse or alleged human rights violations.”

The ministry expressed its deep appreciation of the support provided by the UN system during both the relief and recovery stages of Hurricane Dorian.

“The UN continues to have a strong presence in The Bahamas, providing invaluable technical support and advice,” the statement added.

“The Bahamas is committed to working with the UN in a transparent, frank and constructive manner as we together seek to rebuild the communities adversely impacted and to restore the livelihoods of thousands of citizens and residents as a result of Hurricane Dorian.

“The ministry had a very productive meeting with the resident coordinator and it is the hope of the government that our interactions with the UN will continue to be positive.”

The International Organization for Migration (IOM) has called on the government to investigate Haitian deportee claims of physical and sexual abuse by immigration authorities.

IOM’s Chief of Mission in Haiti Giuseppe Loprete has said allegations of sexual assault have been reported to Haitian authorities and the Bahamas mission, while migrants screened after being deported displayed evident signs of physical abuse.

I do believe that you all are fake news and contributing very much to misinformation and contention in the Bahamas, Shame on you Clint and the rest of your team! Ask please, Rights Bahamas to call themselves Rights Haitians and to help facilitate activism in Haiti as this is where lots of assistance is needed at this time. We have too many undocumented Haitians and they have a country that God has given them. Haitians in the diaspora would do well to take hold of that for which God has taken hold of them. Haiti is a big, beautiful country. Why are Haitians and you along with them trying to fight to stay in the Bahamas?. If they were to pray and seek God, He will help them to build up their country. The Bahamas is not responsible for citizens of the 1st Black Republic in the New World!. This is not hate. We are a developing country, how much assistance can we give the Haitians when we are ourselves are struggling? Is Eyewitness News a Haitian Station? The confusion you all are trying to bring to news and the Haitian situation will not work! One Haitian woman alone has stated she has 8 children that are taking up eight seats in the school! In which country other than Canada or the US. this is can be supported long term? Haitians like the now looming threat of the Filipino population in the Bahamas have a country and they need to take their resources and build up their country that God has blessed them with! This is not hate, if something is not done even your job will be in jeopardy. The Bahamas is first and foremost for Bahamians and we can only focus on one set of people at a time. The hospital and schools are over populated with people who believe they have a right to do what they like and Rights Bahamas need to figure out whose interest they are representing. The Dominican Republic went back 60 years and sent them home! What does Rights Bahamas have to say about that?
Your News Station is so depressing and it is bad for the well being of Bahamians at large!!!

I agree with You Gaderia you are correct . And why are they having 2 children a year in the Bahamas . This is the problem now in Haiti over population, when things is so bad why is sex the only thing the Haitians worry about , 11 million people in Haiti it’s one of the poorest places, yet the UN is focused on the wrong problem .Bahamas is for Bahamians and Haiti is for Haitians, stop trying to combine the two countries . Then the biggest problem is HIV one in every 10 Haitian is infected, then they come to the Bahamians and sleep around and have a load of kids , which will be infected, The UN please focus on helping the Haitians in Haiti, don’t come to the Bahamas you are wasting your time here , no they can’t stay here we have more then enough Haitians living on our island .And while you at it you can take a few thousand to the UN when you are living.

Thank you i feel the same way ,the un can assist in repatriating them back home where they belong

These people need to go home bahamians are fed the hell up with this immigration shit the UN all about meddling in our countries affairs ,where was the UN when the bahamas was carrying haiti’s burden for decades at the expense of the bahamian people ?sat your asses right there in silence while we struggled with a whole nation and haiti’s lousy ass priminister never assisted with its people the UN can do us a favor send some jets and repatriate them home to haiti and take care of them from where they belong .bahamians are in desperate need and the focus is on these people who dnt belong here howwww?Mr Minnis you all better get it right dnt let these people dictate to you in our democratic country the UN cannot vote you in we the bahamian people put you there and you worrying about another countries citizens your loyalty is to the BAHAMIAN people fix it and fast election around the corner and you knw how we go nobody seat safe if you aren’t doing your job