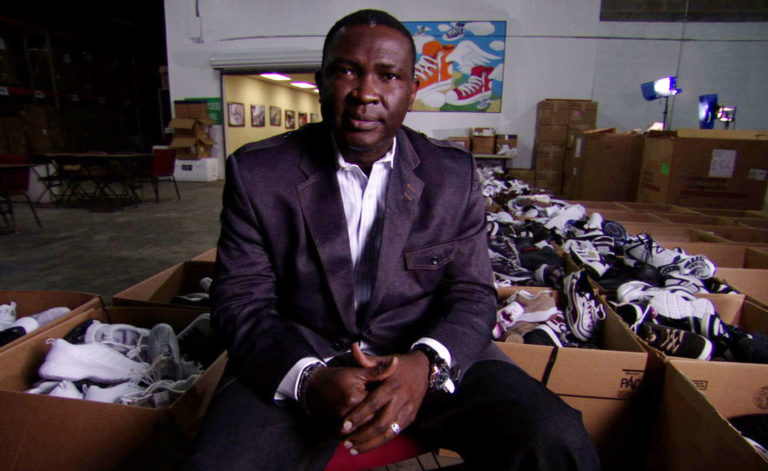 The University of Kentucky (UK) Wildcats men’s basketball team and the Samaritan’s Feet program on Tuesday teamed up to give new shoes to under privileged kids in the Fox Hill Community.

The shoes were handed out ahead of UK’s Big Blue Tour at the Assembly of God Church on Johnson Road, and over 100 children from the community received a foot wash and new socks to go along with the shoes.

“Sometimes the kids we think are underserved and underprivileged are sometimes the ones that are the key to helping us transform our future,” said Samaritan Feet Founder Manny Ohonme.

“Being a child – a child that was supposed to be an underprivileged kid myself, who grew up poor and not having food, much less shoes, a missionary gave me my first pair of shoes when I was nine years old.

“I realized that I am blessed. As I came to America to play basketball and pursue my career and did all the things I had to do. My father passed away and when I went back to Africa, I saw the need. I thought somebody had to do something about it and I realized over a billion and a half people were infected with diseases because they didn’t have shoes. So, we started this to equip those children.

“I believe The Bahamas may have some of the most joyous amazing young people that we will be able to one day help us transform and change the world.”