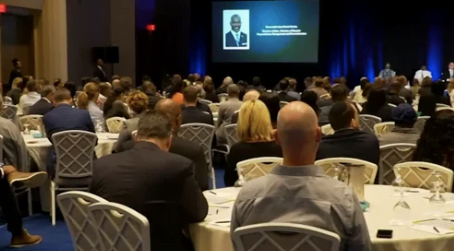 NASSAU, BAHAMAS – The government has agreed to accept the assistance of the United Kingdom and the National Red Cross to aid in the identification of deceased Hurricane Dorian victims.

The announcement was made during the Hurricane Dorian Private Sector Pledging Conference on Monday at Baha Mar.

Speaking to the ongoing concerns from relatives of individuals killed during the passage of the Category 5 storm, Minister of Health Dr. Duane Sands told reporters outside Cabinet that there has been no movement on the matter.

He noted however, “We have, as you heard yesterday, in the pledging conference, agreed to accept the assistance from the United Kingdom with their Deceased Victim Identification Unit as well as the National Red Cross.”

Dorian pounded the islands of Abaco and Grand Bahama between September 1-3, claiming the lives of a confirmed 70 people — and displacing thousands.

Authorities have said they expect the final death toll to be “staggering”.

As of last month, there were still 51 bodies that remained in refrigerated trailers on Abaco.

Additionally, the remains of four people from Abaco, and all bodies found in Grand Bahama have been released.

Sands has said DNA sampling for those individuals could take as long as six months.

As for those individuals who remain missing five months after the storm, officials have not confirmed the number of missing people to the press since early October.

The matter has been placed under the oversight of the Ministry of National Security.

An official report must come from police in order for the Coroner’s Court to issue a death certificate.

Under the current law, there is a seven-year period before anyone can be declared dead in absentia.

Attorney General Carl Bethel has said the government will seek to expedite this process.

On Monday, on the sidelines of the donor conference, Prime Minister Dr. Hubert Minnis was asked when the government will release an updated death toll given speculations over the number of missing people.