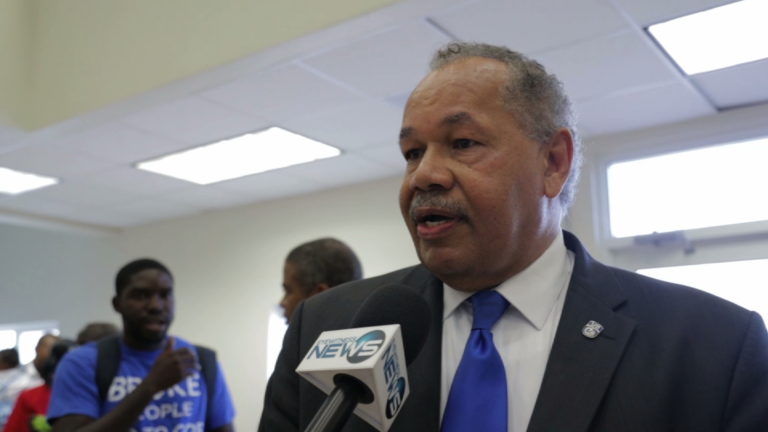 President of the University of The Bahamas, Dr. Rodney Smith.

The University of The Bahamas (UB) is ramping up its efforts to attract more Bahamian men, as the tertiary institution’s recent commencement saw a major gender gap.

The imbalanced ratio may have been been startling to some who attended the graduation, but the UB President Dr. Rodney D. Smith said, the university has already begun working in inner-cities to attract more Bahamian men.

“We have several things that we’re working on,” Dr. Smith said, as he noted the schools ongoing ‘Summer Bridge’ program, which is an intensive six-week program that assists in successfully helping summer students gain direct entry to the university.

“In the next couple weeks, we should be able to affect the number of young men -in particular, to enroll in higher education,” he said.

“We’re actually in the process of developing several community outreach programs now, we’re working with the over the hill community as well.

“We definitely need to create more programs to encourage young men to seek a higher education.”

In an interview with Eyewitness News during the university’s Spring graduation, Opposition Leader Philip ‘Brave’ Davis said the low enrollment numbers for men should be a pressing concern for all Bahamians.