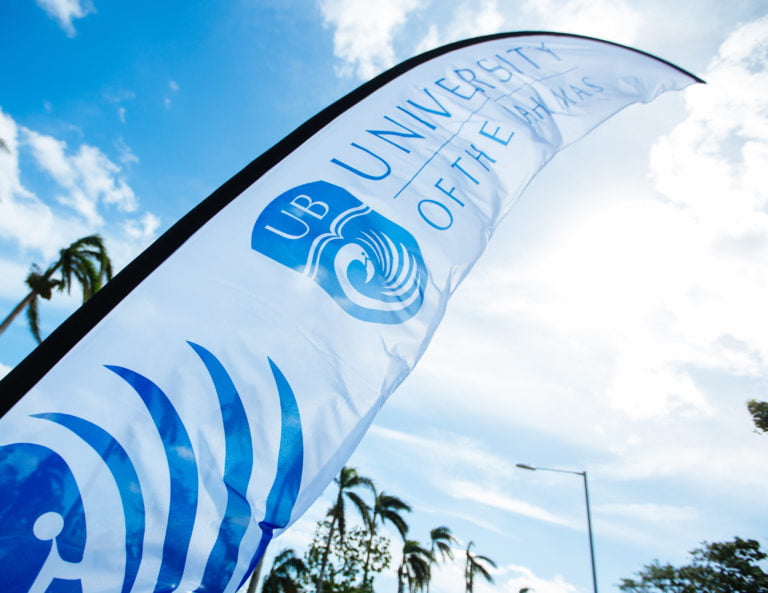 Due to COVID-19 restrictions, the event was hosted virtually and streamed live from the Balmoral Club to UB’s Facebook page. The event attracted nearly 300 viewers including male students from Grand Bahama, Long Island, and Eleuthera.

Speaking to young men, he said: “Before you respond or react, consistently train your mind to pause, which allows the logical part of your brain to catch up with the emotional part of your brain, which moves at a more rapid pace. Consider options available to you, and then respond.”

His talk “The M.A.N. in Me” focused on the acronym with the mandate to focus on: Mindset, Attitude, and Nurture over nature. He believes that with the right nurturing, any young man can be molded into a positive, productive one.

International Men’s Day was introduced to The Bahamas by the late Terence Bethel, who was UB alumni and College of the Bahamas Union of Students (COBUS) President. He along with Keith Cox launched the event with a symposium. Their goal was to help make a change in the alarming rate of violence and homicide between men in New Providence. They wanted to focus on men’s and boys’ health;  helping boys to become strong, independent, respectable men; helping fathers gain fair rights to their children; and other goals. Soon after, the Ministry of Social Services and Urban Development’s Department of Gender and Family Affairs initiated a Men’s Desk led by Henry Johnson.

This took the event to the national level.

This year, Derek Smith, Compliance and Risk Specialist, spoke to attendees about their mindset being the key to success as a man.
This year’s UB Men’s Conclave was organized by Renbert Mortimer and hosted Denavio Neely. They proved that men know how to work together in tandem to produce professional, high standard, and seamless events.
Amad Rashad Thompson encouraged the audience to be innovative and set themselves apart from others in their same field. He is a human resources professional who found a way to set himself apart by striving to do things differently and setting a pace for others to follow. Mortimer has been setting an example of this as he continues to give UB a brand that stands out.
He selflessly shared with those listening that on the way to success, he went through dark pathways where alcohol and depression tempted him to stray from his purpose. His grandmother helped to steer him right by encouraging him to do the things he loved as a child. He remembered that his love was always drawing. Today, he is a well-known artist. He said in order to “get out of that hole”, young men should seek male mentors who will look out for them and steer them right. Spiritual men and ones who are in the same field as the aspiring young men will serve them best.
Stephen Hanna also gave a passionate presentation for International Men’s Day. He encouraged young men to not let others dissuade them from their goals, or make them believe their goals are impossible. No matter how difficult the circumstances seem, he implored them to believe that they could absolutely break every barrier to achieve anything they can see in their mind’s eye, and feel in their heart.
“It wouldn’t be in your heart to want those big dreams if you were incapable of them,” he said.
“You know who you are, and you can do it. Just go out there and change the world. When they tell you that you can’t, don’t argue with them. Know that you can. The key is to find a way to make it happen. Every new generation has solutions to the next generation’s problem. You have to find and listen to your voice because the future of the human race depends on it.”
Anthony Sturrup, Mister UB was the keynote speaker for this special event. He was brave enough to tell the audience that he was bullied in school and that he was treated badly because he was poor. He remembers being so depressed that he started taking antidepressants at the age of 12. Anthony went from an honor roll student to one who was getting poor grades. He used painkillers and other drugs and ended up having to receive rehabilitation. He remembers that neither teachers nor fellow students acted as if it mattered that he had disappeared for rehabilitation.
He recalls: “I was bullied, tortured, and abused, and everyone turned a blind eye because it was me, and everyone thought I should tolerate it. I tried to push on. I remember we were watching a video in class. I said out loud that I wanted to be famous one day. The class laughed and laughed and said it would never happen because I was hideous and fat.”
Anthony went on to share heartbreaking stories of his adolescence and teenage years. As he was getting ready to graduate, he didn’t know what he wanted to do. But he did know that he wanted to attend the College of the Bahamas one day. He failed all his BGCSE’s, so it couldn’t be an immediate reality. He worked at a fast-food restaurant and then at a gas station for years. Then he went on to Lightbourne Trading for a time. He still held on to the dream although he was discouraged from it by friends and family. With only himself as his biggest fan, he made it happen and today is an official spokesperson for the University of the Bahamas.
UB will host another event celebrating men on December 19 called Men Defined. There will be a live streaming event from Fusion Superplex and will be streamed via Zoom webinar. Brandon Frame of the Black Man Can, Inc. will be the keynote speaker.
Follow the University of The Bahamas on Facebook for details.