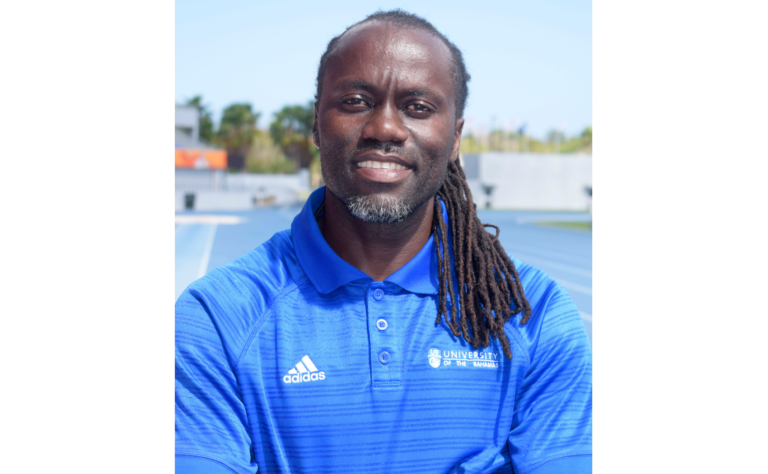 “We are excited to have such a high-calibre coach such as Ednal join the UB athletics team as the first full-time coach,” Athletics Director Kimberley Rolle said. “This is the first in what is anticipated to be several strategic hirings over the next two to three years to ensure consistency in recruitment, retention, and high-level performances from varsity teams.”

Rolle pointed out the accomplishments Coach Rolle has had in the past—including coach numerous national team members and national record holders.

“He has played a huge role in the success of our national record holder Ken Mullings and many other national team members,” she said. “We expect him to bring that same excellence to UB Track and Field and UB Cross Country.”

Coach Rolle previously was the assistant coach and then interim head coach of the UB track and field program. He also coached at the high school level at several institutions including L.N. Coakley High School in Exuma and most-recently four-time champion C.R. Walker Knights.

“This is a tremendous opportunity and I am excited to be the very first full-time head coach at UB,” Coach Rolle said. “At the same time, I know we have a lot of work to do and a lot to accomplish to make UB Track and Field one of the premier programs and a program that attracts the best talent in the country to take advantage of the opportunities here at home.”

Rolle will be responsible for developing a cross country program in the immediate future for UB Athletics.

Coach Rolle is the 2000 NCAA DII CIAA Conference Champion in the 400m hurdles for St. Augustine’s College in Raleigh, North Carolina. He is also a double silver medalist from the 1997 Carifta Track and Field Championships in Barbados.  Also in 1997, he was a Pan American Games 400m hurdles finalist and was on the silver medal-winning 4x400m relay team that set a Bahamian junior record. He also finished 4th in the 400m hurdles at the Sr. CAC Track and Field Championships in 2001 and 4th at the Pan American Games in the same event in 2002.