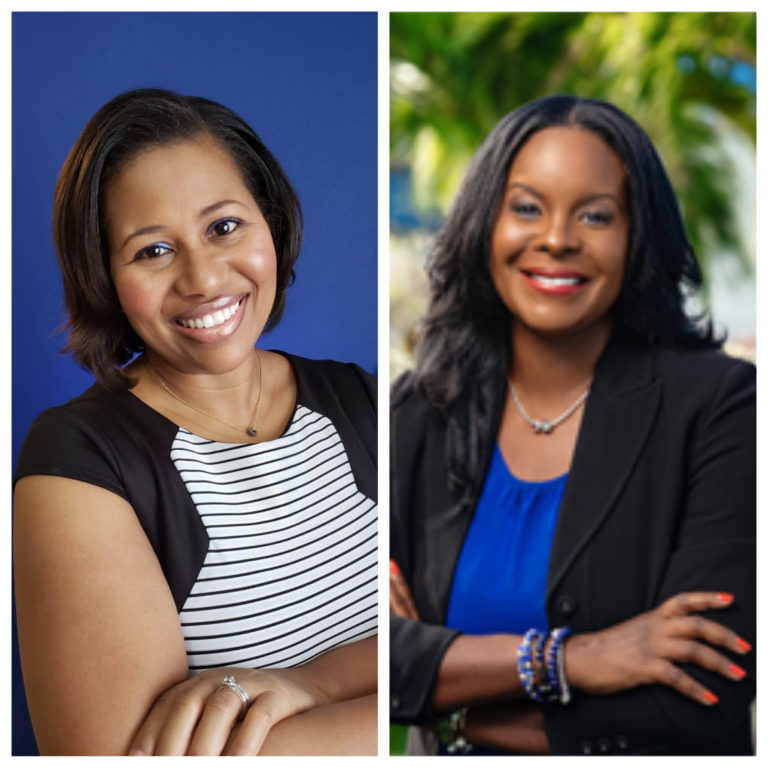 The University of The Bahamas (UB) has appointed Astranique Bowe (left) as acting director of communications, and Kandice Eldon as executive director, corporate and foundation relations.

NASSAU, BAHAMAS — On the heels of appointing a new executive vice president, the University of The Bahamas (UB) yesterday announced the appointment of two additional executive positions.

Former Director of Communications in the Office of University Relations (OUR) Kandice Eldon has been appointed executive director, corporate and foundation relations, in the Division of Institutional Advancement; while Astranique Bowe will take up the acting director of communications role.

Eldon will report to the VP of institutional advancement and alumni affairs; oversee the new Office of Corporate and Foundation Relations; and work with members of the university’s board of trustees as well as US, Canadian and Bahamian foundation board members “to develop strategies for corporate and foundation prospects”.

In her new role, Eldon will “establish, cultivate and sustain partnerships with corporate and foundation prospects to secure funding and continuous support” for the university, as well as “manage a portfolio of prospects and work in close partnership with university leadership to develop and implement strategies to secure funding and increase student support in alignment with the university’s strategic plan”.

UB noted she has also served as assistant director of Campus Communications and Writer News and Publications at the university; and as UBFIT organizing chair and honorary co-chair, during which time she and the team raised over $150,000 through corporate sponsorship, race registration and in-kind donations.

She has a media career history spanning from Atlanta, Georgia, which expanded when she became a certified customer service trainer and public information officer, according to UB.

Meanwhile, Bowe will report to the assistant VP of university relations and will be responsible for “executing and managing integrated corporate communications, marketing and public relations strategies to increase the profile of the university nationally and internationally”, UB said.

She has a BA in English from Florida International University, and has attended Centro de Idiomas at Universidad de Guanajuato in Guanajuato, Mexico and Campbell University as a public relations major.

The new appointments are made after UB recently announced the appointment of Professor Sarim Al-Zubaidy as EVP, effective January 4, 2021 — a move the Union of Tertiary Educators of The Bahamas (UTEB) heavily criticized.