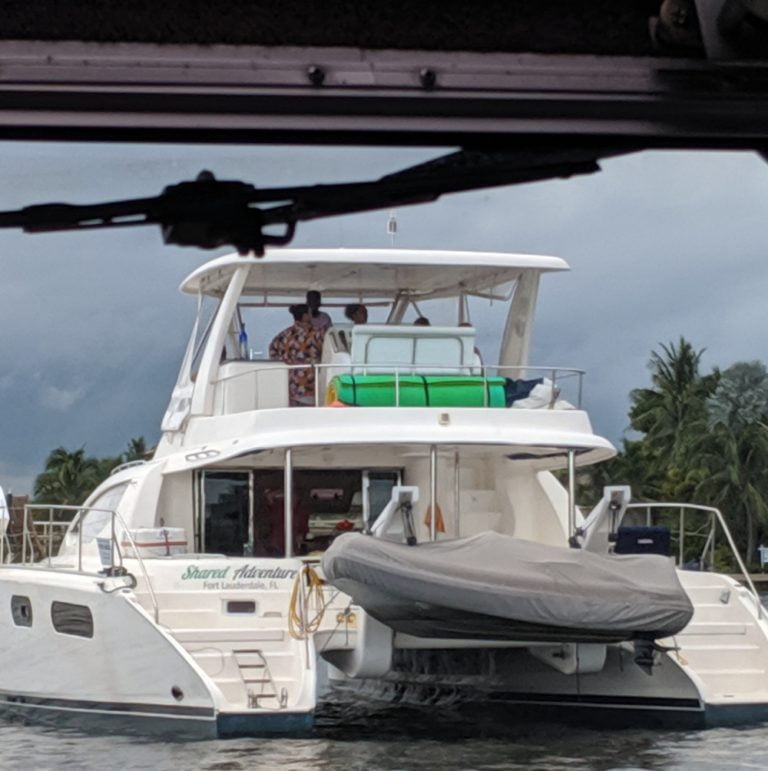 NASSAU, BAHAMAS- The United States Coast Guard terminated the voyage of a 47-foot catamaran with seven passengers on board on Sunday in waters near Fort Lauderdale for conducting an illegal charter.

“Illegal charters violate the safety of people’s lives at sea within the maritime domain and the safety of lives at sea is our top priority,” said Lieutenant  (j.g.) Peter Hutchinson, executive officer of Station Fort Lauderdale.

“Before you step aboard, get underway or even pay for a chartered vessel, ask the captain to see his or her credentials, inspection certificate and vessel safety plan.

“You have the right to see these items, because you are putting your life at risk and in danger when you get underway on a vessel without a properly credentialed mariner.

“That risk isn’t worth your life.”

The U.S. Coast Guard noted failure of an inspected vessel to be under the control of an individual with the appropriate Coast Guard carried at nearly $19,000 fine, and failure to have been issued a valid stability letter prior to placing a vessel in service with more than six passengers carries a fine of more than $12,000.

Last October, Minister of Transport and Local Government Renward Wells pledged to “tighten up” on boat registration and inspection in The Bahamas.

The backdrop of his statement was a report into the fatal explosion of a Four C’s Adventures boat in Exuma in June 2018 which left one American dead and several other visitors injured.

The minister called the report, which pointed to a lac of manpower in Exuma, alarming.

The victims and the United States government was in possession of the report.

According to the report, while investigators visiting the Port Department in Nassau and Exuma to obtain appropriate documentation, including the valid inspections and registration for the 37-foot boat, the Port Department was unable to provide documentation and confirmed that “no application had been received for the registration of any such boat”.

The report also said a significant number of commercial crafts were operating in Exuma waters without proper registration.