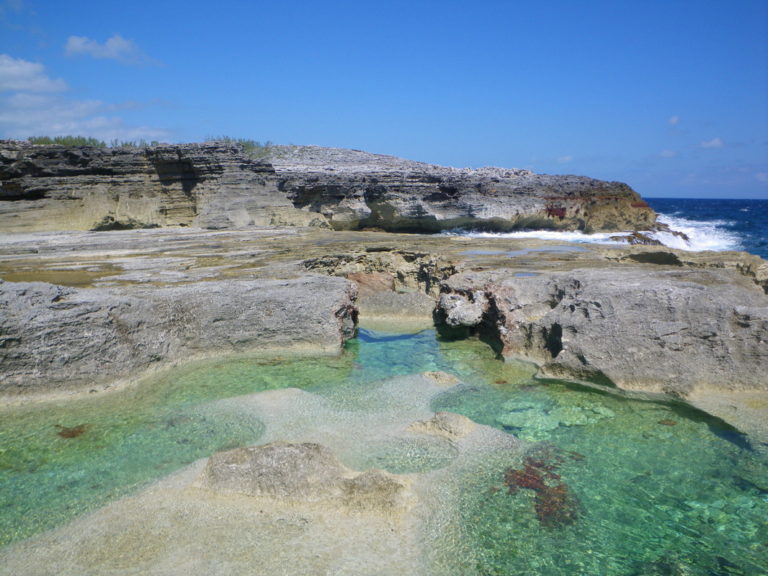 Queens Bath, Eleuthera, is the last place the 19-year-old American national was seen before being swept away by treacherous seas yesterday morning.

An American tourist went missing at sea after he was hurled into the Atlantic Ocean by massive waves at Glass Window Bridge in Eleuthera early yesterday morning, police said.

Eleuthera police told Eyewitness News that the missing man, who is said to be 19-years-old, was with another man at the time of the incident, which happened around 7:00 a.m. Monday morning.

The two men, police said, were at Queen’s Bath, south of Glass Window bridge, when a wave hit both of them.

While the missing man was hurled into the sea, police said, the other man was able to hold on to a rock and pull himself to safety.

Apparent videos of the incident, which was circulated on social media yesterday, showed a man being consumed by heavy waves and later pulling himself across the rocks he was standing on.

The United States Coast Guard is said to be assisting in the search effort which is being carried out by Eleuthera police in conjunction with members of the public.

A police officer who was assisting in the search received minor injuries. He was examined at the local clinic and discharged.