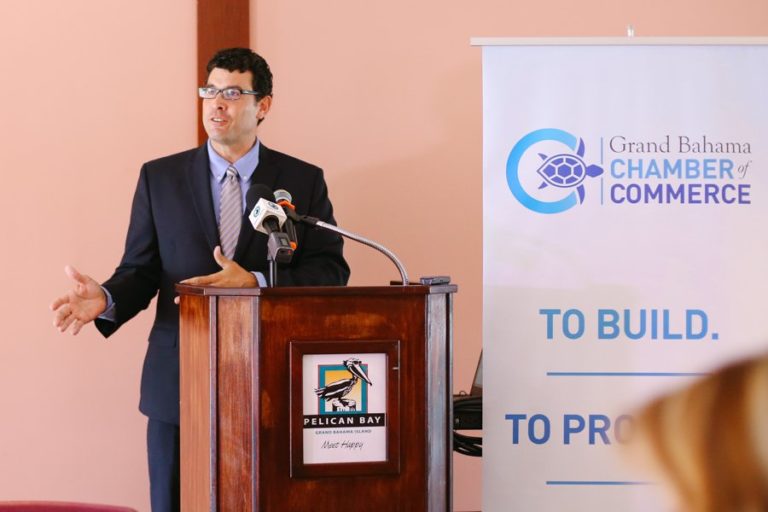 NASSAU, BAHAMAS — Two prominent non-governmental organizations indicated yesterday that the opposition’s recommendation for the government to develop an application capable of tracking individuals in quarantine or self-isolation warrants further consideration as it has merit.

As of Tuesday there were 49 COVID-19 confirmed cases and 712 people in quarantine.

In an interview with Eyewitness News, Organization for Responsible Governance (ORG) Executive Director Matthew Aubrey said such an application would have to ensure it did not violate anyone’s health information or privacy.

He added the “devil is definitely going to be in the detail”.

“I know the government has being playing pretty close to the WHO (World Health Organization) playbook and following those guidelines,” Aubrey said.

“What I think you’re going to see is a lot of private sector [involvement] and how do we use technology in a different ways to understand this.

“I think as you move forward in this instance, the devil is definitely going to be in the detail.

“So, how do you ensure privacy rights and at the same time, come in with a way that we can better understand it, and I think that’s the challenge.

“Before you would go to an app that would probably be public facing, I would want something that is looking at how do you understand and track this, almost in the way heat mapping will be — a way the public can contribute to understanding what are the symptoms and those types of things.

“I think that any partnership that would exist with the private sector is going to be positive — whether that is where you should start or where you migrate to, I couldn’t say. But, I think it is a point that is definitely worth consideration, but I think it would have to make sure that it is not in violation of anybody’s particular health information or privacy.”

In a recent statement, the Progressive Liberal Party’s (PLP) COVID-19 task force said it believes many people in self-quarantine have not been following isolation protocols and were still interacting with the public.

It called for the mandatory government isolation of all positive COVID-19 patients, and outlined recommendations to boost contact tracing efforts, including partnering with telecommunication providers in the country to provide technology and infrastructure to assist monitoring efforts.

In a separate interview, Save The Bays Chairman Joe Darville said while the government does not appear to have taken to the idea, he thought at the outset it was “very beneficial”.

Unlike Aubrey, Darville was less concerned about a tracking application of those in quarantine evading anyone’s privacy, saying it is “just a way for monitoring”.

“I would say that if we have serious problems with people not remaining in quarantine or not remaining where they should be — if they have tested positive or they have been tested as a contact of [a COVID-19 patient]; and in light of the fact that we would not have the army of people to monitor them very closely — there should be some method by which they entire community and country could be assured that these people are adhering to what is absolutely stipulated for the well-being of the entire nation,” he said.

“So, it kind of sat favorably with me because I don’t think it is a matter of the evasion on anyone’s privacy.

He continued: “I don’t think it’s anything that’s going to be in contravention in terms of human rights. I mean we’re basically relinquishing them right now on many, many levels and I don’t think this would add any more danger.”

During a live broadcast last week, former Chief Medical Officer Dr Merceline Dahl-Regis said for the “most part” those in quarantine have been compliant.

“We can only hope that those who have agreed to quarantine in their homes are compliant and we ask them not to go out into the public to shop,” she added.

She noted that nurses check every day with those who are in quarantine.