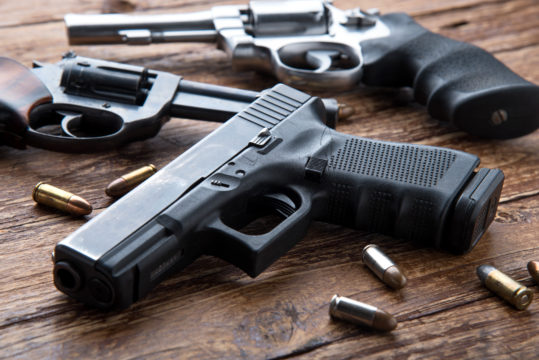 NASSAU, BAHAMAS — Two men were arrested shortly before 11pm on Wednesday for possession of unlicensed firearms.

Police signaled the vehicle to stop, but the driver sped off and a chase ensued, ending when the vehicle came to a stop further along Augusta Street.

The occupants reportedly exited the vehicle and fled but were captured after officers pursued them.

Following a search, officers said they found a black high-powered assault rifle containing 18 unfired rounds of ammunition in the vehicle and a black pistol in the jacket of one of the suspects.