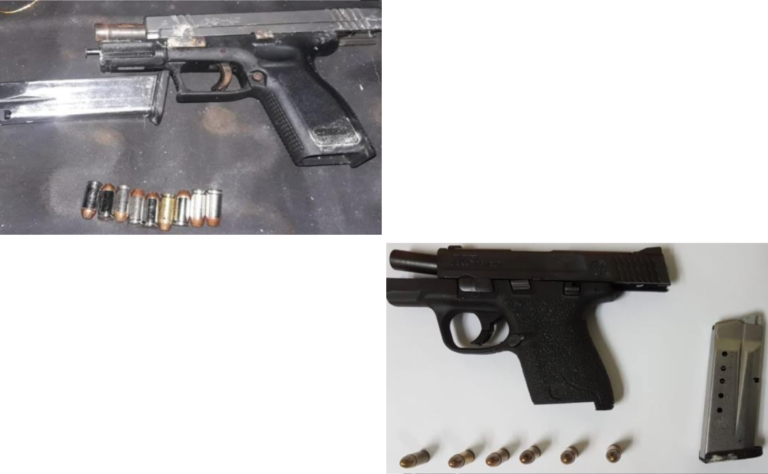 NASSAU, BAHAMAS – Police have recovered two illegal firearms from the streets of the capital in two separate incidents and three persons were taken into custody.

In the first incident, according to police reports, shortly after 3:00 p.m. last Thursday, Drug Enforcement Officers conducted a search of a home and the vehicle of an adult male situated at Third Street, Coconut Grove and recovered a 9-millimetre pistol and six rounds of ammunition.

The male, who was present during the time of the search, was taken into custody.

In the second incident, according to police reports, shortly before 5:00 a.m. last Friday, December 28, Flying Squad Officers conducted a search of a home on Hay Street off East Street and recovered a .40 pistol with nine rounds of ammunition.

An adult male and female who were home at the time were taken into custody.

The suspects in both matters are expected to be formally charged before a Magistrate Court this week.