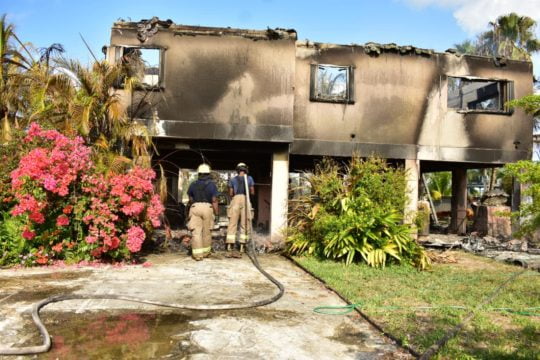 GRAND BAHAMA – Police in Grand Bahama are investigating the circumstances surrounding the cause of a building fire that claimed the life of two occupants on Wednesday, June 5, 2019.

According to police reports, shortly after 3:00a.m. on Wednesday, officers of the Fire Department were called to a home in the Emerald Bay area that was completely engulfed in flames.

Officers extinguished the fire and discovered the human remains in the ashes.

Police said investigations into this matter will continue.