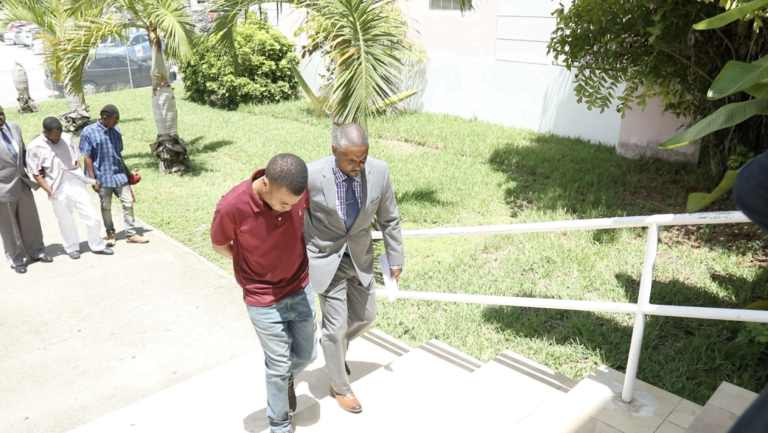 It is alleged that Miller attempted to defraud Discount Air Conditioning Supplies on Carmichael Road, in order to purchase several air conditioning units with fake credit cards from international financial institutions such as Chase Bank, Capital One, Scotiabank and American Express, under the alias of Hezekiah Thompson and Floyd Oliver.

According to court documents, Miller allegedly scammed the local air conditioning business out of approximately $10,000.

Miller’s accomplice, Dwight Ferguson, was charged with one count of receiving items known to be illegally acquired.

Both men pleaded not guilty to all charges.

The duo was denied bail and were remanded to The Bahamas Department of Correctional Services until their trial date on June 25, 2019.

Shortly after this arraignment, 23-year-old Lorenz Frazer of McCullough Corner was charged with three counts of fraud, which included possession of a forged document, uttering a false document and attempted fraud.

Prosecutors alleged that Frazer attempted to cash a fraudulent check from Greenleaf Mortgage and Financial Services at The Bank of the Bahamas in the amount of $3,000.

Frazer pleaded not guilty to all three of the charges and was denied bail.

He was remanded to The Bahamas Department of Correctional Services until June 24th for trial.