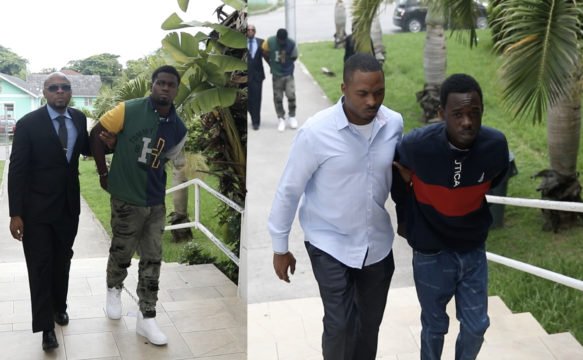 The duo was not required to enter a plea and was denied bail.

Both defendants were remanded to The Bahamas Department of Correctional Services until July 17th for a voluntary bill of indictment.

According to police reports, shortly before 8 p.m. on the date in question, two men and a woman were in front of a convenience store on Dunmore Street, when a silver Honda fit pulled up in front of the store.

The occupants of the vehicle opened fire in the direction of the two men, injuring one of them.

Smith Jr. was rushed to the hospital but he died a short time later.