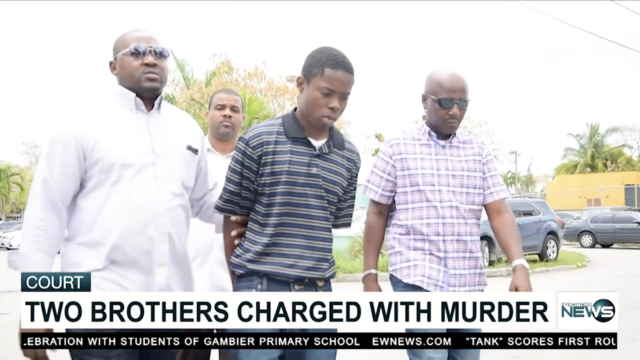 Police alleged that on March 19, 2019 around 11 a.m., the victim was buying a drink from a bar on Mackey Street when he was approached and killed by gunmen.

Police believe that Burrows attempted to run away, but collapsed in front of the Centreville Pharmacy and died moments later.

The brothers, who are Haitian nationals, appeared fearful and were not required to enter a plea.

They were denied bail.

Both parties were remanded to The Bahamas Department of Corrections until May 16th for a voluntary bill of indictment.