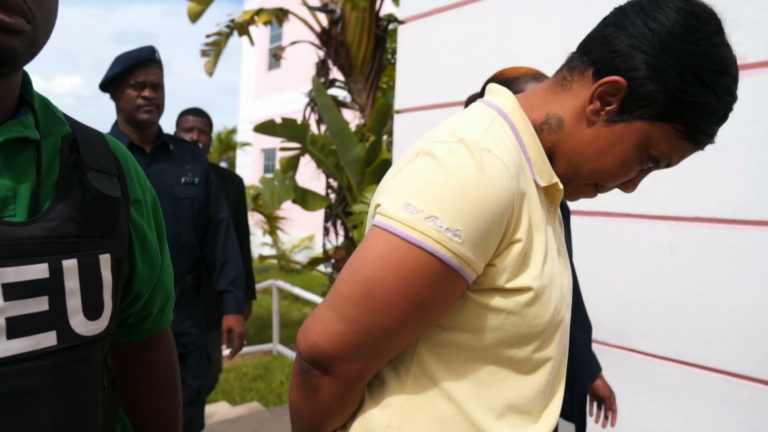 Samantha Bethel, 37, is escorted to court by DEU officers for arraignment.

A man and a woman were charged in court yesterday after they were allegedly found in possession of two AK 47 riFles, 71 rounds of ammunition and a large quantity of marijuana last week.

Bethel and King pleaded not guilty to the charges and were remanded to the Department of Corrections until April 27, when they are set to stand trial.