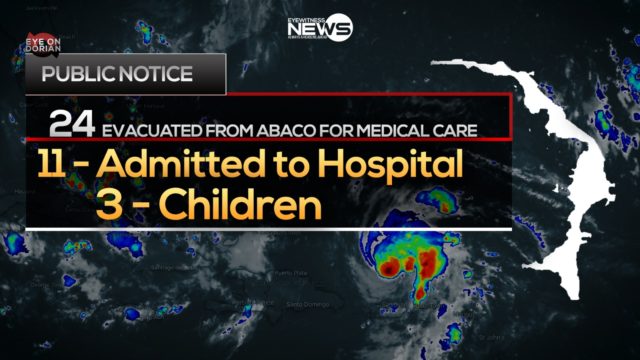 Eleven of them, including three children, were admitted to hospital, while the others were treated and discharged or were otherwise awaiting discharge from the emergency department, the PHA said.

“The virtual ward is a mechanism for providing access to care for patients,”

“It is comprised of the system and staff of a hospital ward, in the absence of a dedicated hospital ward space.”

The PHA said those seeking information related to medical evacuees at the hospital should contact the National Emergency Management Agency (NEMA).

PMH will only provide patient information to those who present themselves at the hospital with proof of next of kin status.

In an earlier release, the PHA refuted a voice note circulating on social media, suggesting a virtual ward been created for the storage or identification of remains of people who perished as a result of the storm.

“This is completely false, and the authority strongly urged person sharing such information to cease doing so, as it is causing increased and unnecessary stress on persons seeking confirmation of loss of life regarding relatives,” the PHA said.

“The PHA will continue to provide updates to the public with respect to our medical response to Hurricane Dorian and its aftermath.”