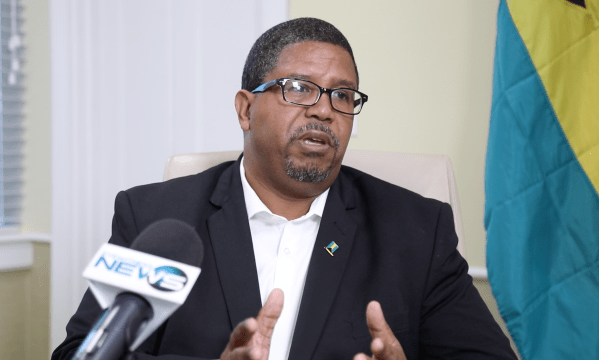 NASSAU, BAHAMAS — Notwithstanding the “economic shock” delivered by the coronavirus pandemic, Deputy Prime Minister and Minister of Finance Peter Turnquest said yesterday The Bahamas will rebound as tourism reopens and the destination recalibrates.

Turnquest underscored the government incurs “unprecedented expenditure” to support the Bahamian economy and its people.

He was responding to a new Inter-American Development Bank (IDB) report, which indicated tourism-dependent jurisdictions, including Aruba, Antigua and Barbuda, St Lucia, The Bahamas and Dominica stand to be most impacted by the economic impact of the ongoing pandemic and the shock to the tourism industry.

The report examined the economic impact of GDP, employment and export earnings of countries in Latin America and the Caribbean as a result of the pandemic.

Of 166 countries, The Bahamas was ranked fourth on its dependence on tourism.

The report presents varied modeling for the fallout of tourism, including a 100 percent scenario recovery of tourism.

For the 100 percent recovery scenario, the IDB projects the GDP impact could be as high as 8.4 percent.

“Shock magnitudes range from as much as a 19 percent and 13 percentage point loss in real GDP relative to pre-crisis expectations for Aruba and The Bahamas , respectively — under the most severe Scenario three — to as little as about one percentage point in the most dire scenario for a country with modest tourism receipts like Suriname,” the report read.

“Similarly, while the potential impact of the shock is relatively small for large LAC economies such as Mexico and Brazil , these countries could still see losses in real output of as much as five percentage points and two percentage points of GDP, respectively.”

He said the government recently presented an “unprecedented budget” in response to the short and medium-term risks, but the disruption will take years to recover from.

“In the interim will require governments to incur unprecedented expenditure to support economic sectors, health care cost and the social safety benefit packages,” the minister said.

“For tourism dependent countries like the Bahamas, the fiscal impacts are magnified, not only by increased expenditure, but by  dramatic and steep revenue loss.

“These realities along with potentially increased borrowing costs, require creativity and innovation in the private sector as well as the public sector, along with partnership from multi and bilateral agencies, and foreign direct investment projects.

“In our budget we outlined our short to medium term priorities to weather this storm and set a foundation for expansion of the economic base.

“The MSME (small and medium enterprises) sector and agriculture as well as accelerated modernization of government features prominently in that plan as does the work of the Economic Recovery Committee, tasked to identify new potential areas of research and exploitation to earn foreign currency, critical to softening the anticipated recovery time for tourism to regain its former momentum.

“We can anticipate some economic challenges in the short term, but as the world adapts, tourism reopens and the destinations reengineer its processes and services, the Bahamas will also rebound.”

The government’s “Resilience Bahamas Plan’ for the upcoming fiscal period makes way for large cuts across the government ministries and agencies, tax exemptions and incentives, and major increases to the country’s social safety net.

A large portion of government expenditure will go toward servicing public debt.

Unemployment has been estimated at between 35 and 40 percent.