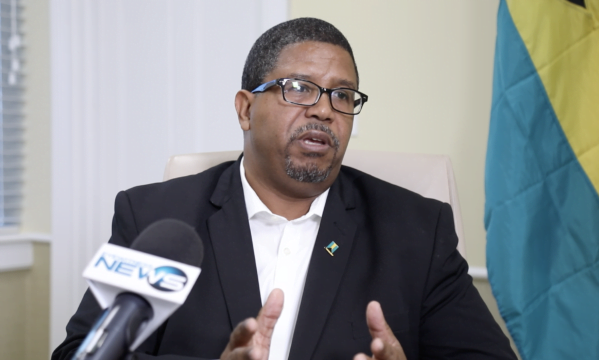 NASSAU, BAHAMAS – Deputy Prime Minister and Minister of Finance, Peter Turnquest, confirmed yesterday that the majority of gaming operators have still not made their mandatory contributions in accordance with government’s recently implemented tax regime on gaming revenue.

At the start of the new fiscal year, government announced that it would begin taxing the gaming industry on its annual earnings and would also introduce a patron tax on gaming patron earnings.

After months of pushback from the gaming industry over the proposed tax regime, government announced in February that both sides had finally arrived at an agreement which would see the public purse earning some $50 million dollars annually from the new tax regime.

The new taxes took effect January 1, but according to minister Turnquest; government is still having a hard time getting a number of the gaming operators to pay up.

“We encourage them, no matter what you may think or regardless of any legal challenge that you have out there that you intend to mount; you have an obligation to the state to pay your taxes.

“My job is to collect the government’s taxes that are due and so I certainly encourage them to meet their commitment.”

The Ministry of Finance recently released a nine-month snapshot for the three quarters of the current fiscal year.

The report revealed that while government has made significant headway in decreasing the country’s deficit; it still lags behind in a number of areas for revenue collection – gaming taxes was one of them.

“Any reduction or failure to collect taxes that are due that have been budgeted will cause some effect, and there is no denying that there will be a shortfall in the budgeted revenue from gaming,” Turnquest admitted.

“But, again, the good news is that we have been able to manage our expenditure side to take that into account so we are still hopeful and expectant that we will meet our deficit target.”

Effective January 1, 2019, all licensed gaming operators will pay 15 per cent on $0 to $24 million dollars of revenue and operators earning anything greater than $24 million will pay 17.5 per cent.